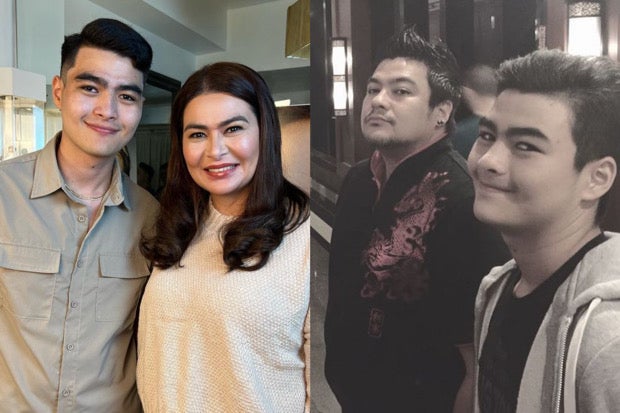 Andre Yllana, Aiko Melendez’s son with former husband Jomari Yllana, admitted that although he currently shares a good relationship with his father, the young actor is used to Jomari’s absence in his life.

Andre disclosed that while he is happy that he and Jomari are getting along with each other, the longing he has for his father is not the same as before. Andre talked about this during a conversation with Melendez, as seen in a vlog on her YouTube channel yesterday, Aug. 14.

(Sometimes, it is already too late for some things. Maybe my thirst for a father now is not the same as before. If before, I used to reach out to him too much, maybe now I am used to not having him by my side.)

“Kaya pasensya na rin dad kung may mga times na nakakalimutan kita,” he added, addressing Jomari. (So I am also sorry dad if there are times when I forget about you.)

Andre also recalled the instances when he tried to reunite his parents by lying and saying compliments for the both of them, making them believe that the compliments were from each other. Andre then stressed that although his parents did not get back together, he never hated his dad for their setup.

(Whatever happens, I will always still be here for you through thick and thin. But just like what I said, there are things that are not like how they were before. I hope you do not repeat the same mistake you had with me to my siblings because they are still young.)

During the conversation, Andre also expressed his hopes of having a complete family and being “the best father” in the future, as he knows how hard it is to long for a father.

Melendez and Jomari got married in 2000 and separated about a year after. Their marriage was annulled in 2003. In 2006, Melendez married model Martin Jickain, with whom she shares her daughter Marthena; their marriage got annulled in 2010. Melendez is currently in a relationship with Zambales congressman Jay Khonghun. JB