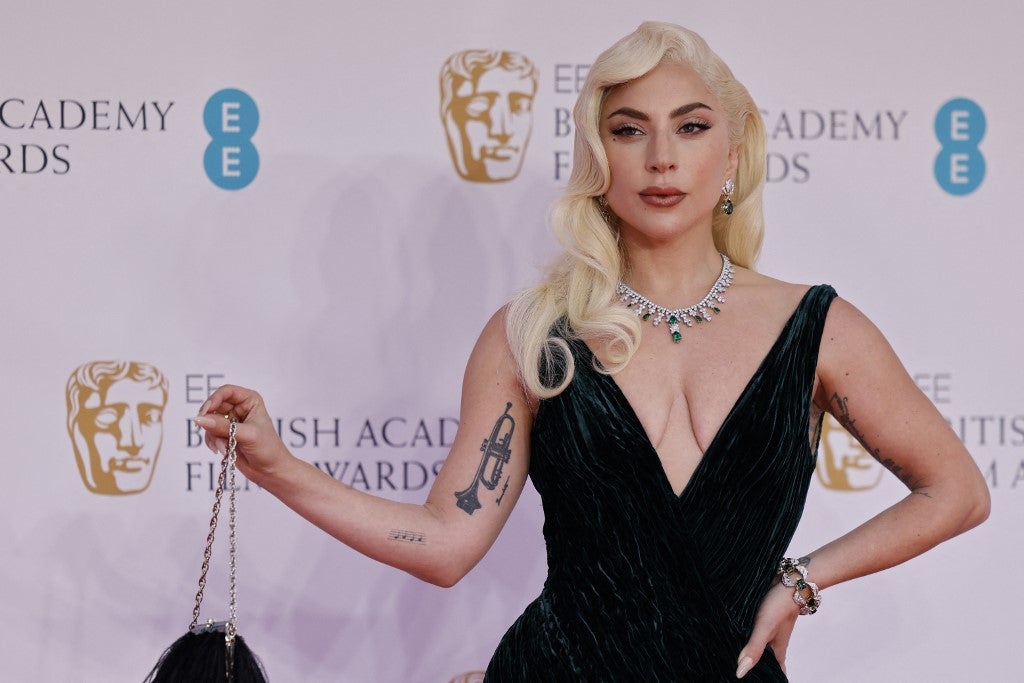 FILE PHOTO: Lady Gaga poses on the red carpet upon arrival at the BAFTA British Academy Film Awards at the Royal Albert Hall, in London, on March 13, 2022. Image: AFP/Tolga Akmen

Los Angeles, United States — A second man charged with stealing Lady Gaga’s dogs in an episode during which her dog-walker was shot was jailed Thursday after admitting to his part in the robbery.

Lafayette Shon Whaley, now 28, was ordered to serve six years in prison for second-degree robbery over the theft, which saw the singer’s French bulldogs taken.

Whaley was part of a gang that shot Ryan Fischer as he exercised the three prize pets in Hollywood in February 2021. Fischer sustained chest injuries in the attack and said on Instagram a month later he had suffered a collapsed lung.

Two of the three dogs were taken, leading the “Poker Face” singer to offer a $500,000 reward for their return.

Whaley’s sentencing came a week after accomplice Jaylin Keyshawn was jailed, and after suspected gunman James Howard Jackson was recaptured. He had been released from custody in what officials described as a “clerical error.”

Jackson is charged with attempted murder, second-degree robbery, conspiracy to commit robbery, assault with a semiautomatic firearm and being a felon carrying a concealed firearm in a vehicle.

The woman who police said handed in the dogs in response to the reward has been charged with being an accessory after the fact and with receiving stolen goods.

Los Angeles police said at the time they did not believe the dogs were targeted because of their owner, but because of the breed’s appeal on the black market.

Small and friendly – and thus easy to grab – French bulldogs do not have large litters.

Their relative scarcity and association with stars such as Lady Gaga, Reese Witherspoon, Hugh Jackman, Chrissy Teigen, Leonardo DiCaprio and Madonna, gives them added cachet and means they can change hands for thousands of dollars.

Read Next
Why latest ‘Darna’ the ‘woke version,’ according to Jane de Leon and series nemesis Janella Salvador
EDITORS' PICK
Individuals affected by ‘Karding’ now over 157,000
Newbie gamers are in for a treat with the power-packed feature of vivo Y16
House energy committee chair Arroyo bats for cheap electricity
Bongbong Marcos says PH ‘open for business’ with new Clark Airport terminal
Karding damage to infrastructure at P23M
Reignite your passion with the vivo Y35
MOST READ
LPA enters PAR, may develop into tropical depression
Angelica Panganiban ‘duguan, sugatang mom’ one week into breastfeeding
Security guard shoots 2 other guards dead inside Makati subdivision
Badoy not with Office of the President, NTF-Elcac, under Marcos admin — solon
Don't miss out on the latest news and information.