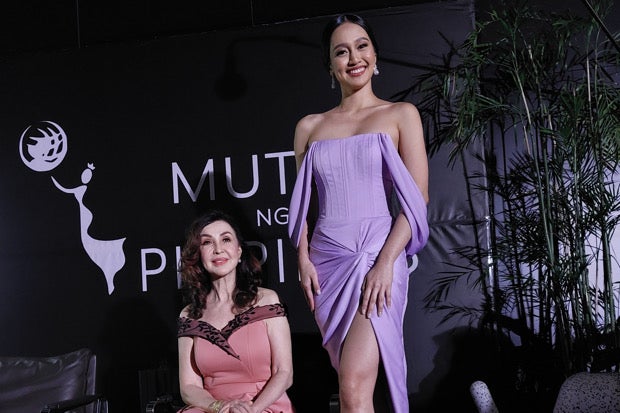 MANILA, Philippines—After a two-year hiatus, the Mutya ng Pilipinas pageant is back to staging another national competition that will crown multiple queens.

Recent posts from the pageant’s newly launched Facebook page showed an announcement opening the pageant season with a call for applicants for this year’s coronation show. Several posts also showed a competition for the official representatives coming from Pampanga, Caloocan and the Filipino community in Los Angeles, California, in the United States.

The title also now has the article “ng” which was removed in the pageant’s 2019 staging, thus reverting to the original “Mutya ng Pilipinas” name.

Interested ladies should have at least graduated from high school, have never been married or given birth or gotten pregnant. They should also have no criminal records.

Overseas-based participants must submit a proof of Filipino ancestry in the form of a certified true copy of either of the parent’s birth certificate.

Mutya ng Pilipinas President Cory Quirino said during a recent press conference at CWC Interiors at the Bonifacio Global City in Taguig City that bringing back “ng” to the title is a testament to their desire to recognize the pageant’s roots, something the organization had pondered upon during their pandemic pause.

However, Quirino said the country’s representative to the 2022 Miss Tourism International pageant will be hand-picked and introduced earlier. The Malaysia-based organization must know by September who Mutya will send to the global tilt’s finals set in November.

For the 2022 edition of the Mutya ng Pilipinas pageant, the appointed Miss Tourism International representative will still be considered part of the roster of winners, Quirino explained.

For inquiries and requests for application forms for the 2022 Mutya ng Pilipinas pageant, contact the organization at [email protected] or at 0917-8011341.

This is the 52nd year of the Mutya ng Pilipinas pageant. /ra