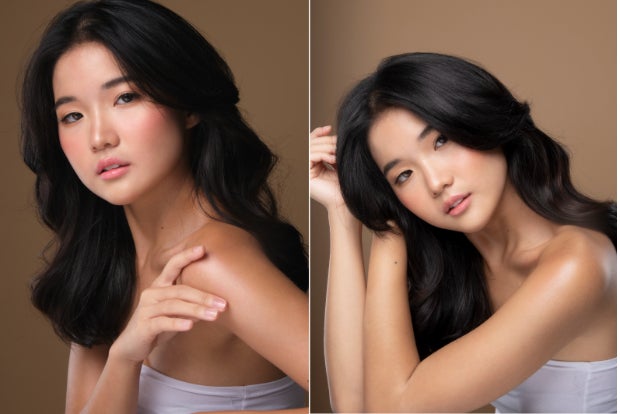 For many of those entering the world of showbiz, many questions will cross their minds, particularly that of asking themselves whether they are making the right decision. And for all the rest outside of that circle, it may seem that showbiz is all fun and glamour, and therefore almost a no-brainer of a choice. On the contrary, this industry is for the strong-willed, spirited, and determined to succeed. Truly, there is a surfeit of new, upcoming, and developing young talent, but who among them will stand above the throng?

I have zeroed in on a few of them in the last three years. One who stands out and on whom I would definitely put the spotlight is Reins Mika, the newest Regal Baby. She is also a young fashion model, commercial model and print ad model. It would seem that her next career direction would be in showbiz which beckons now to her enticingly and challengingly. Not one to shrink from new learnings and skills, Reins Mika takes on her new adventure in the entertainment industry with similar enthusiasm and passion that comes second nature to her in anything she undertakes.

In the only previous time I got to do a short interview with Reins Mika, I noted that there is something more to her than piquant good looks and sparkling personality. She comes across as highly intelligent as well. That is how strong the first impression I had of her was. Here, you have a young actress who is very articulate and straightforward; she says what she means.

Now, under the tutelage and guidance of Regal Entertainment, Inc., the journey into showbiz of Reins Mika has formally begun and she is surrounded by some of the very best people in this industry. And, for all of us to get to know her more, here is my first formal solo interview with Reins Mika.

Do you remember your age when you decided that you wanted to enter showbiz? Was there a defining moment that led you or encouraged you to try your chances in showbiz?

Reins Mika: At about the age of 7 or 8, I remember my mom encouraging me to take acting lessons at the ABS-CBN workshop. This led me to try out castings for small commercials and shoots. Then, one of the coaches approached me, encouraging my mom to fly me out to Vietnam or Myanmar because my look would sell there – having Oriental features and all. Maybe this was a turning point in my life that gave me the opportunity to work in show business. I had to give up on this dream, though, because my parents wanted to put my schooling first. Despite giving up on a career in showbiz, I continued to prioritize my education and developed the skills and knowledge that served me well as I grew older. My mother encouraged me to participate in a variety of extracurricular activities while I was a student at a Chinese-Filipino school, which included dancing, singing, Chinese calligraphy, art, theater, gymnastics and ballet. I’m really grateful that these skills came in handy, especially when I decided to return to the showbiz industry today.

Reins Mika: I had never considered being a model before, and I had no idea how it worked. To be honest, I never thought of myself as attractive or ‘model-worthy’ until I when was scouted by a senior model of the Professional Models Association of the Philippines (PMAP) and she invited me to cast when I was 15 years old. However, since I was still studying, I just went to VTRs and cast calls whenever I had free time. I became serious about modeling between the ages of 16 and 17; that’s when I started booking a lot of commercials. During high school, I fell in love with this profession, and I made it a point to attend castings and go-sees. I believe that my dedication helped me to branch out into other types of modeling, such as runway and editorial. In my first two years of college, I avoided going out to parties after classes and didn’t have time to even hang out with my block mates. I paid greater attention to balancing my modeling work and studies. Immediately after school, I generally rush to my car and head straight to a casting or photo shoot. If I don’t have any plans, I’ll simply head home and rest.

Tell me something about your childhood. What do your parents do? How many siblings do you have? What’s your position among your siblings?

Reins Mika: I am the eldest daughter of a Chinese-Filipino family. I grew up with two siblings, a younger sister and a brother. I would say that I had a wonderful childhood growing up. I spent my childhood playing in the parks, playgrounds, and streets of our neighborhood while also watching Disney Channel and playing dress-up.

Did you have any expectations or personal standards you had set for yourself when you decided to join showbiz? What are those?

Reins Mika: Starting a career in show business is a completely new endeavor. It takes providing the audience with a rich experience of the story and to form strong connections with your fellow co-actors. As actors, we also hold great power in being storytellers; perhaps, the personal standard I had set for myself is to never stop learning. To take each day as a brand-new chance to improve my skills and abilities. I hope that growing in this industry I would be able to touch people’s lives and learn from the creative expertise of talented producers, directors, and scriptwriters I’ll have the opportunity to work closely with.

Did you have any expectations or personal standards you had set for yourself when you decided to join the world of modeling years ago? What are those?

Reins Mika: Since the beginning of my modeling career, I have always held the value of being humble and rooted in my feet. This was one of the principles I held most dear. Moving forward, I plan to focus on international modeling. I had seven wonderful years of modeling experience in the local scene, and the skills I had developed along the way had equipped me to succeed as a professional in the industry. I’m eager to see what else I can accomplish in terms of modeling worldwide in the future.

What special power would you rather be gifted with: To soar high like an eagle? Or swim deep like a shark? Explain your choice.

Reins Mika: To be gifted with a special power I would choose to swim deep like a shark. Swimming deep like a shark symbolizes the idea that everything has its time and that opportunities will present themselves when they are most needed. Considering the fact also that more than 80% of the ocean is undiscovered, there is much more to explore and discover. For the time being, it is important to continue polishing existing skills and developing new ones until it is appropriate to put them to use. I imagine one as sharks going farther to explore more of what the sea has to offer. When the timing is right, these sharks will ascend to the surface near the beach and use their knowledge to their benefit.

If you could be granted one wish, what would it be?

Reins Mika: If I could have one wish, it would be to be able to teleport. Having the opportunity to visit many locations, countries, and sites. It would be incredible to just transcend beyond.

If you could meet any famous person, dead or alive, who would it be and why?

Reins Mika – I have a lot of fashion and film and entertainment heroes that I look up to, particularly favorite local actresses such as Beauty Gonzalez, Heart Evangelista. International creatives such as Margaret Zhang, Leslie Zhang, John Yuyi. International models such as Devon Aoki, Estelle Chen, Feifei Sun, Mika Schneider, He Cong, Liu Wen. Most of them embrace the beauty and art in orientalism which speaks to me.

If you could be paired with any actor in a movie or television series produced by Regal, who would it be, and why?

Reins Mika: I’d like to work with Filipino-Chinese actors in Regal-produced motion pictures and television shows. Further showcasing the Chinoy culture would be fantastic because there are so many inspiring stories to tell. In light of the Korean wave, I think the Chinoy wave will certainly leave a lasting impression on the Philippine entertainment scene.

Is there a specific role or character that you wish to portray in a television series or movie produced by Regal?

Reins Mika: My biggest dream is to play a character in the movie “Mano Po,” growing up watching the movie series has inspired me of my Chinoy culture and the stories are true to heart. I would also love to play Asian woman lead roles such in international movies, [like] Gemma Chan in “Crazy Rich Asians,” Michelle Yeoh [in] “Everything Everywhere All at Once,” or Devon Aoki in “Fast and the Furious.”

What qualities do you believe you possess have set you apart from all the other brand new young actresses we have now?

Reins Mika: With a great background in modeling, creative direction and writing, I believe I possess the quality of versatility. Equipped with my previous experiences and knowledge that I have acquired in the local and international fashion industry, I hope to apply them as well as a young actress in the film and entertainment business.

Who is Reins Mika in a nutshell?

Reins Mika: Reins Mika is a woman clothed with strength and dignity and she laughs without fear of the future.