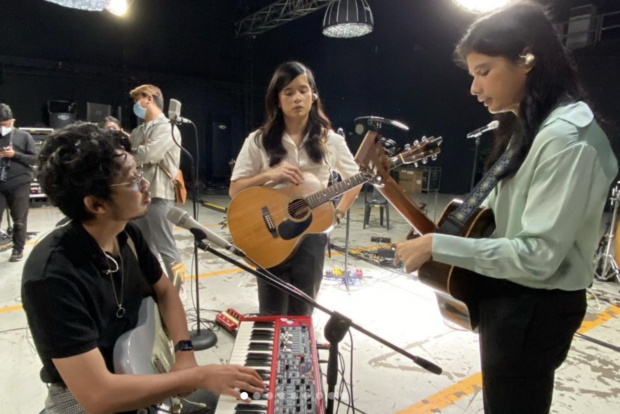 Ben&Ben and Indonesian singer-songwriter Pamungkas have revealed working together on new tracks for a two-part collaboration.

Pamungkas gave the public a glimpse of his recording session with the folk pop band on his Instagram page yesterday, Aug. 5. The band The PeoplePeople also appeared to be present in the recording session.

“Today me, @thepplppl and @benandbenmusic spent 12 hours [at] the studio live recorded two songs; one from me and one from Ben&Ben. [It was] a great session—a day well spent,” he told fans.

For Pamungkas, visiting other countries is “all about” getting to know people and various music scenes, “learning new things, understanding the differences [and] appreciating the similarities.”

“Different waves to ride, different sea to swim—but still the same language; music. Being a little kid again,” he added.

Pamungkas is currently in the Philippines for his Southeast Asian tour to promote his fourth album “Birdy.” The event, which will be held in Mandaluyong later today, Aug. 6, is Pamungkas’ first-ever performance in the country.

“I live for moments like this. Spent the day with @benandbenmusic @pamunqkas @thepplppl making beautiful music,” he said.

An official release date for Ben&Ben and Pamungkas’ collaborative songs are yet to be revealed as of this writing.

The recording session comes a few weeks before Ben&Ben holds its send-off concert at CCP Open Grounds on Sept. 3. The band is also set to travel to the United States and Canada for its first North American tour.  /ra