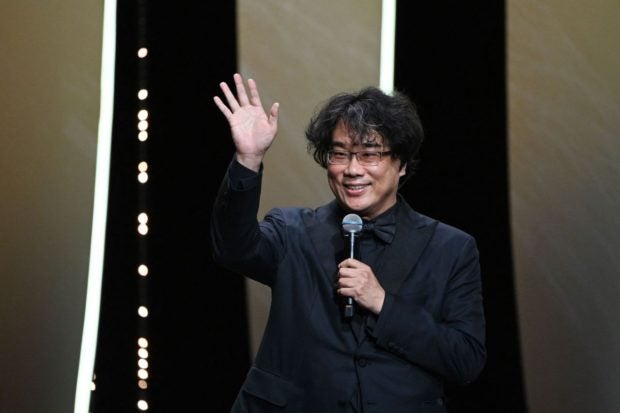 Korean director Bong Joon-ho has started filming his new sci-fi film under the working title of “Mickey7” at Warner Bros. Studios Leavesden in the United Kingdom.

Many popular movies, including films from the “Harry Potter,” “Kingsman” and “Mission Impossible” franchises, were filmed at Warner Bros. Studios Leavesden.

Bong is scheduled to finish shooting by the end of this year, with the film‘s release expected at the end of 2023 or the beginning of 2024.

Bong’s new English-language movie is based on “Mickey7,” a United States science-fiction novel on clones by Edward Ashton. The novel tells the story of Mickey7, a disposable clone who is sent to colonize the ice world Niflheim.

Hollywood star Robert Pattinson will star as the protagonist. Steven Yeun, who previously worked with Bong on “Okja,” will also appear in the new movie. Yeun also starred in the Korean-American immigration film “Minari” (2020). Other cast members of the new project include stars Naomi Ackie, Toni Collette and Mark Ruffalo.

The film is Bong‘s first since winning four Oscars, including Best Picture, in 2020 for “Parasite.” It is also the renowned director’s third English-language film, following “Snowpiercer” (2013) and “Okja” (2017). JB