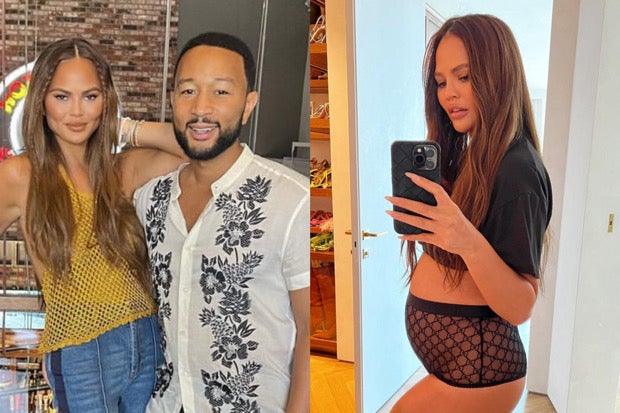 Chrissy Teigen and John Legend are overjoyed to announce that they are welcoming an addition to their family, nearly two years since they lost their unborn baby due to complications.

The American model made public her pregnancy by flaunting her growing baby bump, wearing a shirt and see-through high-waisted underwear, as seen on her Instagram page today, Aug. 4.

“The last few years have been a blur of emotions to say the least, but joy has filled our home and hearts again. 1 billion shots later (in the leg lately, as [you] can see!) we have another on the way,” she said, apparently referring to the in vitro fertilization (IVF) procedure she underwent earlier this year.

Teigen also spoke about her struggle during her hospital appointments, and how she had a hard time keeping herself from announcing her pregnancy.

“Every appointment I’ve said to myself, ‘ok if it’s healthy today I’ll announce’ but then I breathe a sigh of relief to hear a heartbeat and decide I’m just too nervous still,” she stated. “I don’t think I’ll ever walk out of an appointment with more excitement than nerves but so far, everything is perfect and beautiful and I’m feeling hopeful and amazing.”

For his part, the “All of Me” singer showed the same photo shared by Teigen along with heart emoji, via his Instagram page, also today.

It can be recalled that months after her miscarriage in 2020, Teigen expressed grief as she stated she will “never be pregnant again.” In an interview with People last year, Teigen admitted that she is “coming to terms” that bearing another child would be difficult for her, adding that her “uterus is just not cooperating.”

Meanwhile, Teigen and Legend share two kids together, Luna and Miles, who were born in 2016 and 2018, respectively. JB

Chrissy Teigen is sad that she’ll never be pregnant again