Eula Valdes: No such thing as ‘repetitive’ roles 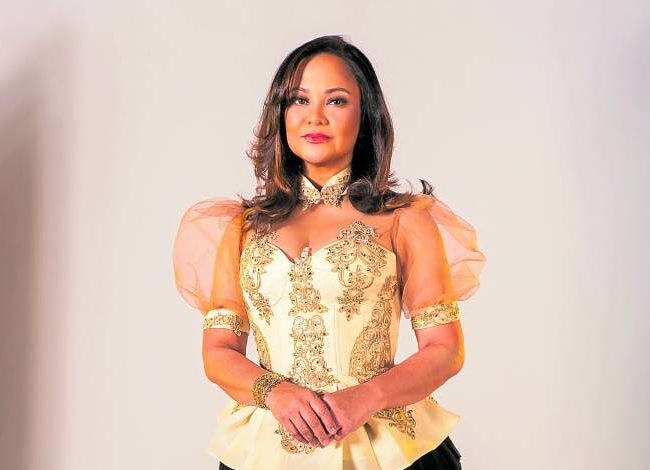 For Eula Valdes, there are no “small or repetitive roles.”

Throughout her career, the 53-year-old star has appeared in numerous soap operas—a handful of which had her playing a mother searching for her missing child, like her iconic role Amor Powers in in “Pangako Sa ’Yo.”

Now, in the new GMA 7 afternoon series “Return to Paradise,” a familiar character is Amanda, whose daughter gets marooned on a desert island. Is there still a challenge in such roles? “Of course! Every project has its own challenges. It’s really up to the actors if they want to give a portrayal that’s ‘puchu-puchu,’” she said in a recent online press conference.

Every scene, even seemingly perfunctory ones, deserves adequate effort and preparation. “Even if the scene you have to do doesn’t seem all that difficult, you still need to work for it and understand it. You don’t do a take, then go back to chatting with people on the set,” she pointed out. “You have an assignment; you have to study.”

Inevitably, an artist would find him-or herself playing a character similar to previous ones. That’s not an excuse to give something half-hearted, Eula said. “Even if it’s the same role—and I often play someone who has a missing child or someone being torn away from her child—you still have to make it special.”

“Well then, make your search [for the child] special,” the award-winning actress quipped. “There are no small roles. Walang paulit-ulit lang. It’s up to you to make it different.” Meanwhile, Eula had nothing but good words for her costar Elle Villanueva, who plays her daughter, Eden. “Apart from her skin tone and beauty, I see that she’s focused when I look in her eyes. I know she’s a newbie, but I feel like there’s more to her; that she can give something more,” she related.

“She has depth and is willing to learn. I still gauge her from time to time, I see that she can hold her own … I don’t think she feels intimidated. I don’t feel like she’s hesitant or scared. I think she’s serious about being an actress.”

“Paradise” is Eula’s first show on GMA 7 since 2017. She couldn’t be more pleased with the working conditions. “We’re all happy at work. Everyone is equal on the set. It’s not the kind of set where you have to stay quiet and only the director can speak. It’s easy to work when everyone’s happy and has a good relationship with each other,” she related.