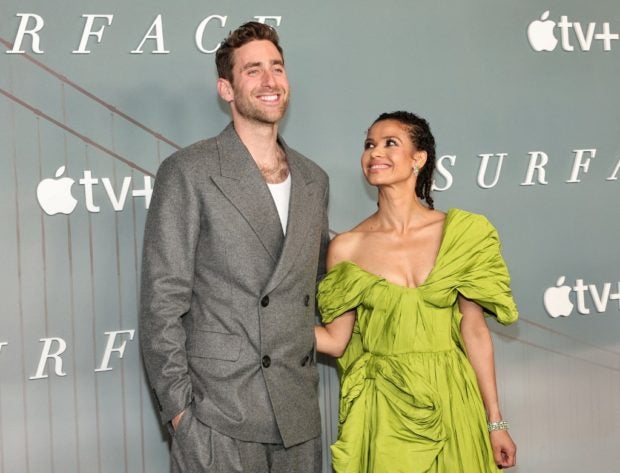 Mbatha-Raw, best known for “Belle,” “Loki” and “The Morning Show,” plays Sophie, a woman with severe memory loss from a purported suicide attempt, trying to piece her life back together.

She is placed under the conservatorship of her husband—soon suspecting he may be hiding details about her former life, and questioning if he truly has her best interests at heart.

Conservatorships—a form of legal guardianship, in which a court hands control of finances and even personal decisions to a guardian—surged into the public eye last year as pop star Britney Spears fought to have hers terminated.

“The idea of a conservatorship was very much in the zeitgeist at the time, but that was almost coincidental,” said Mbatha-Raw.

While “Sophie’s trajectory is very specific to our show… the idea of control and the idea of women having their own autonomy I think is such a topical and ever-present theme in the world today,” she added.

By chance, the cast shot a scene in which Sophie confronts her husband, played by Oliver Jackson-Cohen, the same day Spears succeeded in ending her father’s control of her finances.

“Those power dynamics between people are always rife for drama,” said Veronica West, the series’ creator and director, previously known for “High Fidelity” and “Ugly Betty.”

“This show really started out with this central question of ‘what would you do if you woke up one day and didn’t know your own secrets?'” she explained.

Sophie “wakes up and she only knows her life from what other people tell her,” West said. “Even the people closest to her—her husband, her friends—everybody has an agenda. So they’re all painting this narrative with their own agenda in mind and molding her to be the Sophie that they want her to be.”

Produced by Reese Witherspoon’s Hello Sunshine company, “Surface”—streaming on Apple TV+ from Friday—explores the dramatic potential of amnesia, following the likes of “Memento,” “Mulholland Drive,” “The Bourne Identity” and “Eternal Sunshine of the Spotless Mind.”

But, West said, its San Francisco setting and psychological twists were inspired more by noir classics, such as the works of Alfred Hitchcock.

“I would never dare to compare it to ‘Vertigo,’ but we did try to put a few little winks and nods in there to it,” she said. DC/RA