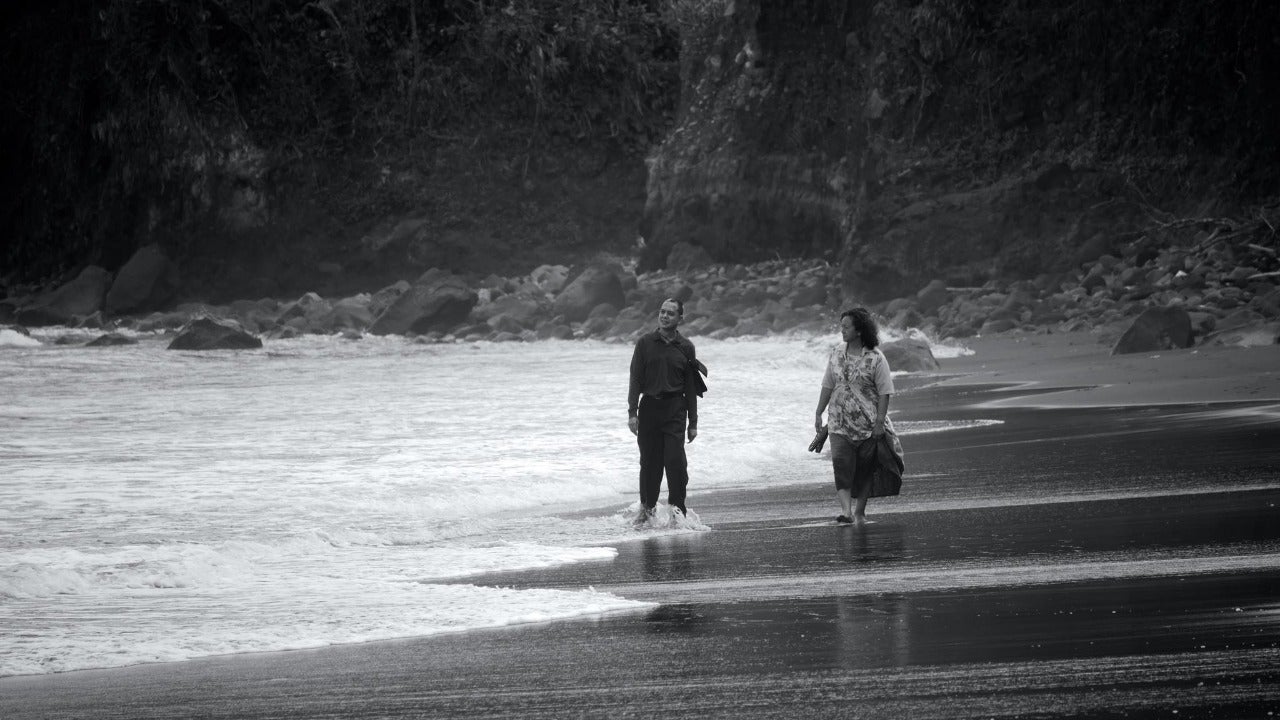 “I make films for cinema, not for the festivals,” declared multiawarded indie filmmaker Lav Diaz when asked how important it was for him that his latest project, “Kapag Wala Nang Mga Alon” (When the Waves are Gone), will be having its world premiere (out of competition) at the 79th Venice International Film Festival in Italy.

“Kapag Wala nang mga Alon” is about tokhang, the bloody drug war of former President Rodrigo Duterte, explained Diaz. “It is about a police investigator whose soul is sinking in an abyss of guilt and shame because of the mass murders perpetrated by his own institution,” he told Inquirer Entertainment on Monday.

“My cinema can premiere anywhere, and I will still have the same feeling about it. Yes, Venice is really huge, but even if it’s just in a small fishing village in Basilan, there’s no difference really. Don’t get me wrong. I’m not being hypocritical. Yes, the impact would definitely be immediate once it’s part of the so-called ‘official selection’ of Venice or other big festivals, but then, my cinema is never market-oriented or corporate-themed, so premiering in Venice, Cannes, Berlin, or in the really obscure and almost forgotten Fantastic Blind Whale International Film Festival is the same,” Diaz pointed out.

“My cinema’s nature — black and white, long, dirty, slow — carries with it a notoriety that the so-called big-time corporate players and programmers of the festival circuit fear: ‘Where are we going to place this cinema, his stubborn cinema?’ There’s the irony—my cinema remains a pariah, something they want to avoid but couldn’t,” he added. “So, am I happy that it’s red-carpeting at the Lido? Yes, definitely. Salamat, siyempre naman! Maisusuot ko na ang luma at amoy-ipis na barong ni Tatang Ingkong.” Diaz continued: “But let’s put things in proper perspective. I didn’t make the film for them. I made the film for cinema … I’ve gone to the Lido so many times already, and the best times there were not on the red carpet or the hunt for the celebrities or the Lions. What I loved the most was the picking of wild blackberries in my favorite isolated area when I’m doing my early hikes.”

However, what Diaz hoped would happen was for the movie—after its premiere in Venice—”to inspire our filmmakers and cultural workers to work harder and make better films.”

Asked to recall the challenges he faced during filming, Lav replied: “Shooting was a bliss and a nightmare. I felt good, spiritually, making this film, but the shoot was really dangerous. We started in a barrio in Tanauan right after the Taal volcano eruptions. This was February 2020. Then, the pandemic suddenly happened, and we had to stop.

“By November and December that year, I went to Sorsogon alone. For two months, I was wandering there, supposedly looking for locations, but literally, I was just wandering. There were daily aimless walks, in forsaken barrios, along treacherous ravines and rivers, allowing the strong waves of the sea to just hit my body; it became a routine for overcoming the fear of being infected with the virus. Ultimately, it became a daily discourse on mortality, a daily debate on existence, a daily confrontation on cinema.”

In February of 2021, Diaz brought his crew and actors to Sorsogon City. “Before we could even start the shoot, the virus struck and afflicted two members of the camera department and one from the costume group, and we had to quarantine for 14 days; and crazy things happened during our incarceration,” said Diaz.