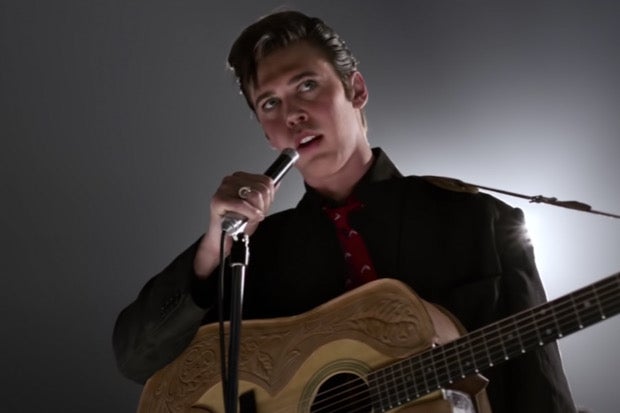 Austin Butler, who played the “King of Rock and Roll” Elvis Presley in the musical biopic “Elvis,” narrated the time when he was “heckled” while singing at RCA Studio B in Nashville, Tennessee, the studio where Presley recorded over 200 songs.

The “heckling apparently was set up by director Baz Luhrmann. Butler talked about this in an exclusive interview with VMAN magazine last April and published yesterday, July 26.

“When I was on my first day in the recording studio, Baz wanted me to get as close to performing as possible. He had all the executives and everybody from RCA, who were back in the offices, he brought them into the recording studio and he goes, ‘I want you all to sit facing Austin,’…and he told them to heckle me,” Butler told the publication. “So then they were making fun of me and stuff while I was singing.”

Butler had seemingly expected such ways as he was already informed of it beforehand by American actor Leonardo DiCaprio, who worked with the director in the 1996 film “Romeo + Juliet.”

Nonetheless, Luhrmann’s method worked indeed and resulted in Butler being able to channel what Presley may have felt.

“When we were filming this moment when Elvis first goes on stage and he’s getting heckled by the audience, I knew what that felt like,” he added. “I went home in tears that night. I really did.”

Meanwhile, Butler also earlier revealed that filming the biopic took a toll on his health when his body “shut down” after finishing the movie. The actor was diagnosed with a virus that simulates appendicitis which left him bedridden for a week.

“Elvis” follows the story of rock icon Presley’s rise to fame through the eyes of his manager Col. Tom Parker, which was portrayed by Tom Hanks. Other cast members include Olivia DeJonge, who played the late singer’s wife Priscilla, and Helen Thomson, who portrayed Elvis’ mother Gladys. JB

Read Next
‘The Clash’ alum Garrett Bolden joins cast of ‘Miss Saigon’ in Guam
EDITORS' PICK
House energy committee chair Arroyo bats for cheap electricity
Karding damage to infrastructure at P23M
Bongbong Marcos says PH ‘open for business’ with new Clark Airport terminal
Individuals affected by ‘Karding’ now over 157,000
Reignite your passion with the vivo Y35
Newbie gamers are in for a treat with the power-packed feature of vivo Y16
MOST READ
Angelica Panganiban ‘duguan, sugatang mom’ one week into breastfeeding
LPA enters PAR, may develop into tropical depression
Badoy not with Office of the President, NTF-Elcac, under Marcos admin — solon
Charges readied vs gov’t guard with P290-M deposits
Don't miss out on the latest news and information.