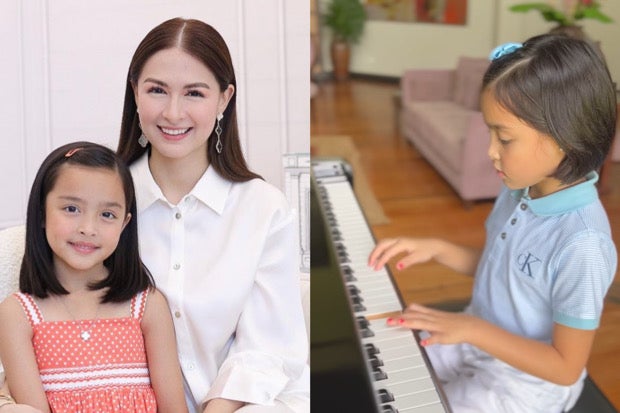 Marian Rivera is a proud mom to her six-year-old daughter Zia as the actress gave a glimpse of the kid playing Beethoven’s classic piano piece “Fur Elise.”

Zia sat by the piano and played a part of the composition, which she appears to have even memorized, as seen in a video on Rivera’s Instagram page today, July 26.

Zia amused Rivera’s fellow celebrities Angel Locsin, Julie Anne San Jose and Darla Sauler, who all expressed their awe of the kid through the comments section.

Zia’s dad, actor Dingdong Dantes, also earlier showed a photo of her in front of a piano, via his Instagram page last Sunday, July 24. The photo appears to have been taken at the same place where Rivera took the video of Zia.

“She never fails to surprise me,” Dantes said.

Zia is Rivera and Dantes’ eldest child, born in November 2015, while their second child, Sixto, was born in April 2019. JB