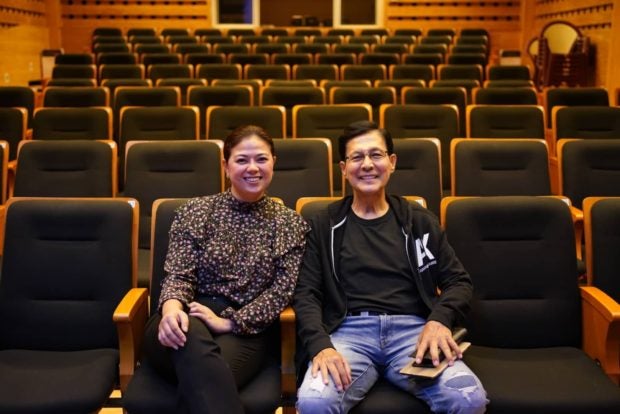 Liza Diño has signed off as the chairperson of the Film Development Council of the Philippines (FDCP) as the agency’s new chair, veteran actor Tirso Cruz III, officially assumed his duties.

The FDCP gave the public a peek at Cruz’s first day as chairperson via its Facebook page yesterday, July 21. He was accompanied by his daughter Djanin, director Joey Javier Reyes,  and lawyers Patricia Lenajo and Chris Liquigan to discuss “preparations for the transition process.”

“New Chairman and CEO of the Film Development Council of the Philippines (FDCP) Tirso Cruz III arrived at the FDCP office to officially assume his position as the head of the country’s national film agency,” FDCP stated.

IN PHOTOS: New Chairman and CEO of the Film Development Council of the Philippines (FDCP) Tirso Cruz III arrived at the…

Posted by Film Development Council of the Philippines on Thursday, July 21, 2022

For her part, Diño expressed gratefulness over the support she received during her time as FDCP chair as she revealed her meeting with Cruz, via her Facebook page, also yesterday.

“This afternoon, chair Tirso Cruz III came to the office for a meeting and to officially assume his duties as the new FDCP chairman effective today, July 21, 2022. Our team was able to present the FDCP’s programs and accomplishments for the last six years,” she said.

Diño said she would continue to support FDCP’s new leadership for a “smooth transition.”

“I would like to take this opportunity to thank everyone for your love, support, trust sa loob ng anim na taon ng aking panunungkulan,” she told the public. “Maraming-maraming salamat po sa inyong lahat. Mabuhay po kayong lahat at mabuhay ang pelikulang Pilipino. This is chair Liza, signing off.”

(I would like to take this opportunity to thank everyone for your love, support, trust throughout the six years of my term. Thank you very much to all of you. Long live all of you and long live Filipino films. This is chair Liza, signing off.)

I'd like to share with everyone that effective TODAY July 21, 2022, FDCP Chairman Tirso Cruz III has officially assumed his duties as the new CHAIRMAN/CEO of the Film Development Council of the Philippines. It's been a true honor to serve this industry that I love so much, for the last six years.

Cruz, as one of the appointees of President Ferdinand “Bongbong” Marcos Jr., took oath as the new FDCP head at Malacañang Palace earlier this month. This came amid former President Rodrigo Duterte’s reappointment of Diño as the agency’s chair last March.

Diño, who was first appointed as FDCP’s head in 2016, earlier welcomed Cruz as the new chair, but disclosed that she had received no “official communication” about the said appointment. Supposedly she was to serve another three-year term under the agency, lasting until 2025.  /ra