Why expressing with his hands a satisfying experience for JC de Vera in ‘Bakit ‘Di Mo Sabihin?’ | Inquirer Entertainment

Why expressing with his hands a satisfying experience for JC de Vera in ‘Bakit ‘Di Mo Sabihin?’ 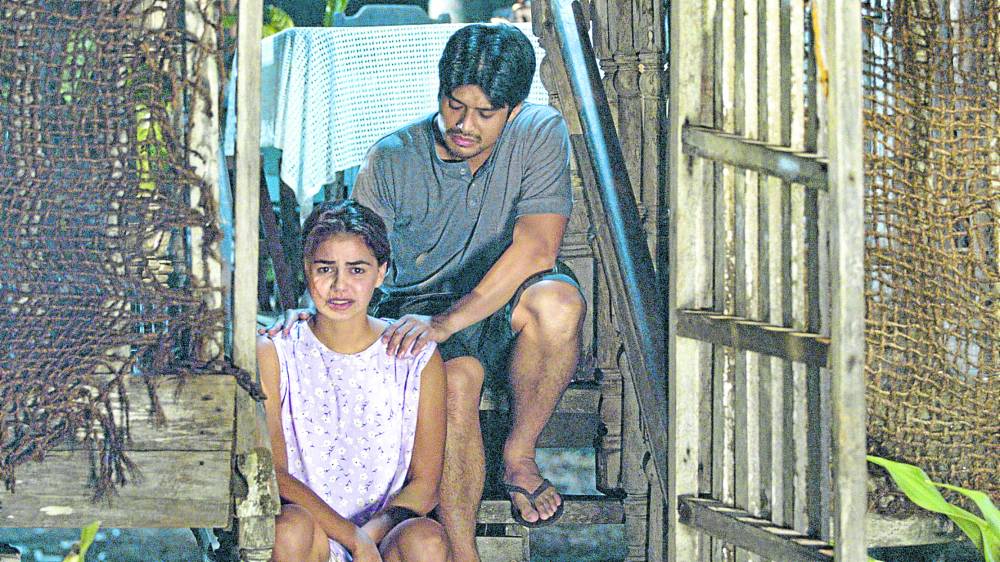 Actor JC de Vera, who plays a deaf person in Real Florido’s dramatic film “Bakit ’Di Mo Sabihin?” said he embraced his character so much that, at some point while shooting the film, he actually believed he was deaf.

JC, who plays Miguel, a sign language teacher and husband to Janine Gutierrez’s character Nat in the film, also said he suffered from terrible headaches while shooting.

“I found the role really difficult at first, but since we made an effort to immerse ourselves in the character, I must admit that during the shoot I would have headaches. I attributed them to the fact that I would try to understand each and every sign that I used in the film. For me, it wasn’t enough that I was able to show them with my hands. I wanted to know each word,” JC told Inquirer Entertainment during the media launch of the 18th Cinemalaya Philippine Independent Film Festival, where his film is an official entry.

“When I already felt too immersed and comfortable being Miguel, there came a time during the shoot when I felt I was deaf. I saw that people were talking to me, but I wasn’t hearing them. I just stared at their faces and didn’t absorb anything they said. I guess I succeeded in that aspect because my main objective was to get comfortable being a deaf person,” the actor pointed out. 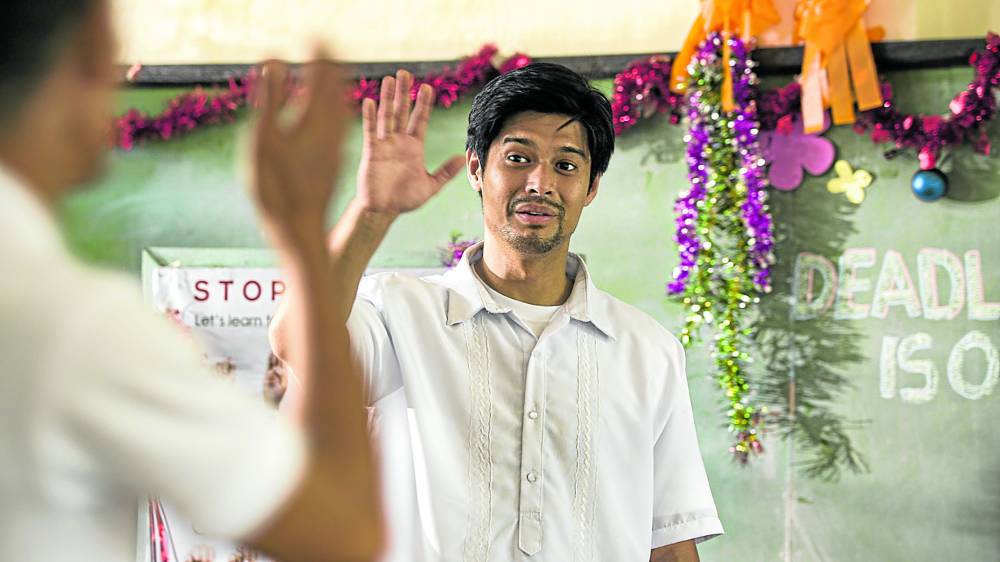 Another major challenge, said JC, was to be able to “manifest” with the way he would conduct with his hands all the emotions that his character wanted to express using sign language.

“Also, Janine and I made sure that when the audience sees us, they would be able to feel what we feel, too. This was why we really poured our energies into this film, as well as used all the skills that we have,” the actor said.

To be able to achieve their objectives, JC and Janine needed a lot of help. They had coaches who, aside from teaching them Filipino sign language or FSL, would only communicate with them through such.

JC depended on the capable hands of Disney Aguila, who is the project’s official translator or FSL coach and who played the role of Jasmine’s friend in the film, as well as of Jamil Carvajal, an FSL instructor and an interpreter for the deaf of some lessons on DepEd TV. 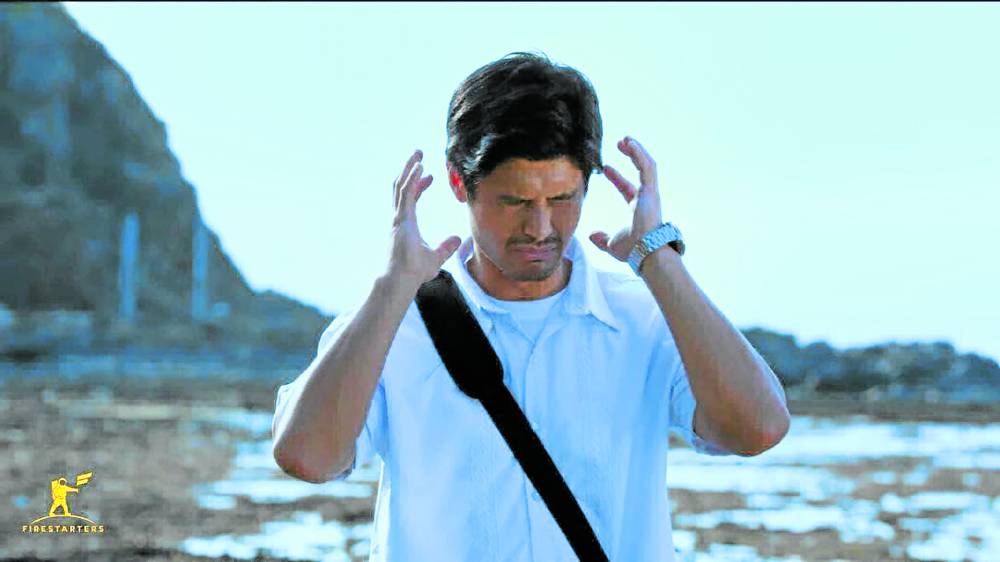 As to whether the film wrapped up with JC already becoming good at using sign language in the end, he said: “I can’t answer that. I want all of you to watch the film and see for yourself. I also want to find out if you liked what Janine and I did for the project, because personally, we were really satisfied.”

The lesson that JC eventually learned from being part of the project was that “I’m still very blessed.” He explained: “While playing this character, I imagined that I was a deaf person. This was why, in real life, I feel I’m still blessed because, even if I lose my abilities to hear and speak, I know that there are still so many ways to communicate, that there are still so many wonderful things I can do through actions,” he said.

JC continued: “You see, acting on this film felt like performing a dance number. From Scene One up to the end, we would rehearse. When the cameras start rolling, we’d feel like, ‘It’s game time!’ and that we already need to perform. Janine and I poured our hearts into this one. We truthfully enjoyed portraying a deaf couple.”

The story of Miguel and Nat are actually inspired by a real-life deaf couple—the parents of writer Flo Reyes, who began collaborating with Real on this project in 2018.

“In one drinking session, I casually told Flo about how I found intriguing the story of the deaf people that I recently encountered. She then mentioned that her parents are deaf, so I asked her to work with me on this project,” the director said.

Real then described his collaboration with Flo as “something very emotional for both of us.” He added: “It was personal for Flo because she was inspired by her parents’ story, For me, it sort of humanized the story that I was so invested in.” 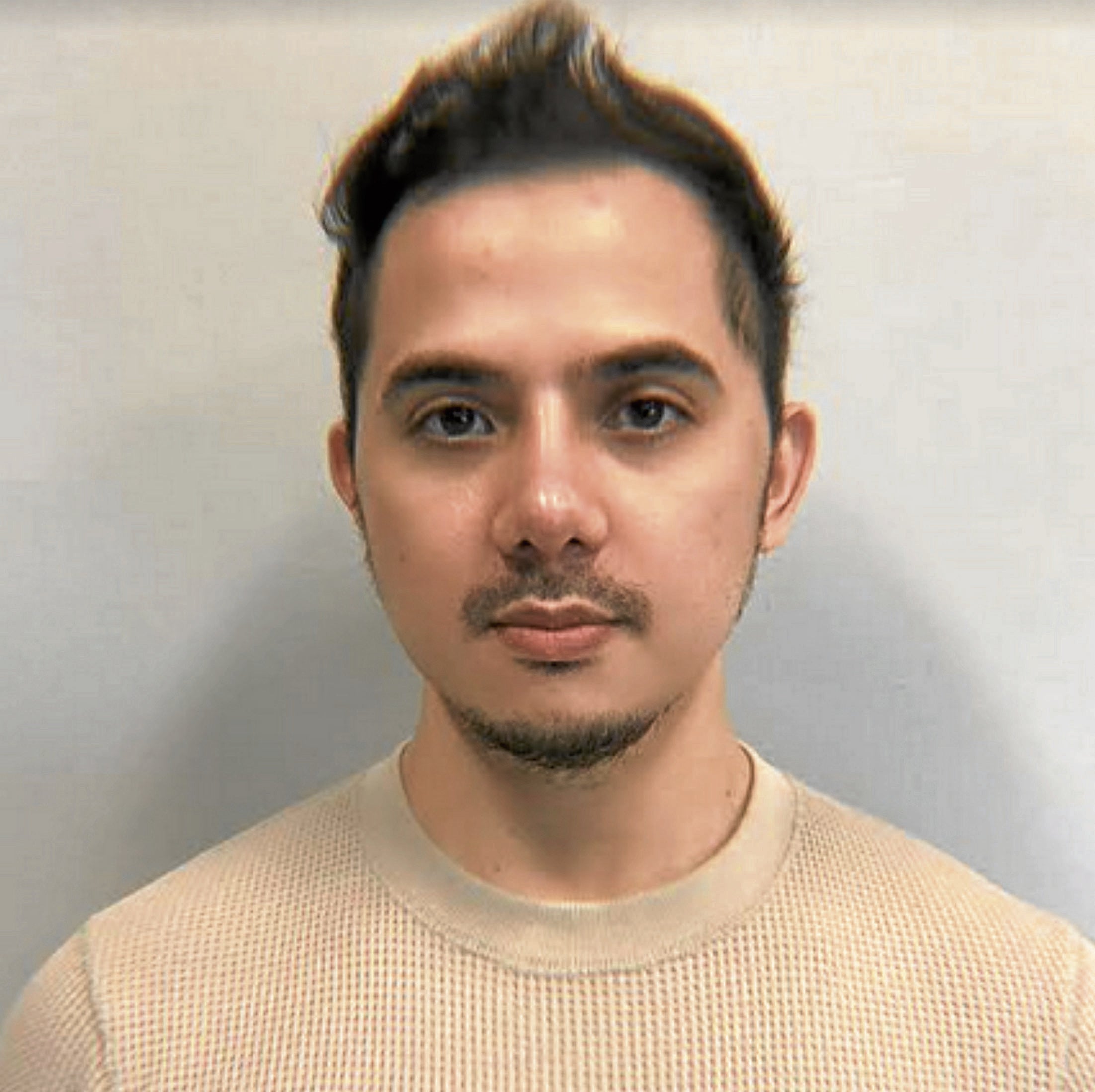 Apart from using FSL in over 80 percent of “Bakit ‘Di Mo Sabihin?,” the characters also used the accent that is unique to those living in Baler, where portions of the film were shot, reported Real.

Asked to share how it was like to have worked with Janine and JC on the project, Real said: “You know, I really thought the film project was impossible to pull off because of the kind of culture we have in the industry where artists jump from one project to another within just a short span of time.

“I knew from the start that this film needed actors who are committed because of the training requirements. Luckily, Janine and JC both gave their 100 percent to learn FSL and to fully understand the characters and what the movie is trying to say,” Real declared.

“Bakit ‘Di Mo Sabihin” (Tell Her), by Firestarter Productions Inc., will be screened at the Cultural Center of the Philippines from Aug. 5 to 14; in selected cinemas from Aug. 10 to 17; and in several regional communities from Aug. 22 to 29.