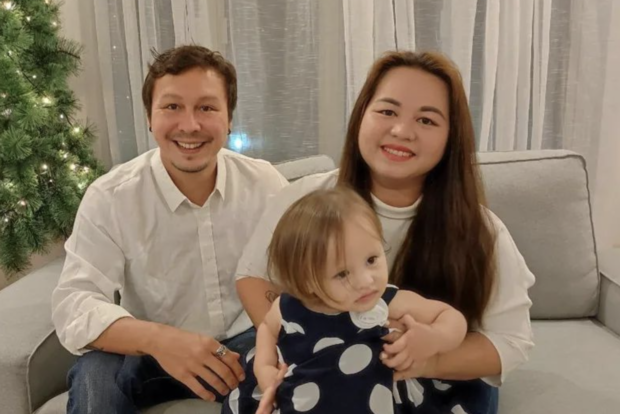 Baron Geisler and his wife Jamie Evangelista appear to have patched things up after facing marital problems several months ago, as the actor surprised Evangelista on her birthday.

Geisler can be seen walking with staff of an Asian restaurant as they deliver a cake to Evangelista, as shown on his Instagram page last Wednesday, July 13. They all sang her the birthday song as Geisler greeted his wife.

“Love you, baby. Happy birthday, to many more years to come. Love you, sweetheart,” the actor can be heard telling Evangelista. “Thanks ko yun ha (That is my thanks), to my partner in crime.”

The two made headlines recently after a video of them in a confrontation was posted and eventually deleted by Geisler on social media. Evangelista explained that she was not able to control her emotions as Geisler relapsed into alcohol addiction at the time.

The actor admitted that he relapsed after he had a misunderstanding with Evangelista. He dismissed speculations that he and his wife separated, but said they were giving each other space for their “12-step programs.”

Last month, Evangelista also greeted Geisler on his 40th birthday by assuring him that she knows he is “trying [his] very best.” This was one of the indications that Evangelista and Geisler were working through the challenges they were facing as a couple.

Meanwhile, Geisler recently graduated with a bachelor’s degree in theology from the All Nations College in Antipolo, Rizal.

Geisler and Evangelista tied the knot in a civil ceremony in September 2019, a year after they began their relationship. They then welcomed their daughter Talitha Cumi in January 2020.  /ra

Read Next
US court rules Polanski case transcripts must be unsealed
EDITORS' PICK
Shop smarter with vivo’s big 12.12 holiday deals
House energy committee chair Arroyo bats for cheap electricity
How not to retire as an ex-president
Lawmakers eyeing more changes in Maharlika plan
Hidilyn Diaz wins only gold missing from her collection
The vivo Y02 is now available in the Philippines for only PHP 5,299
MOST READ
Jovit Baldivino, ‘Pilipinas Got Talent’ winner, dies at 29
Andi Eigenmann, family in Manila for a quick visit; Ellie dines with grandma Jaclyn Jose
LPA enters PAR, to likely strengthen into tropical depression in coming days – Pagasa
Lawmakers eyeing more changes in Maharlika plan
Don't miss out on the latest news and information.