Bela Padilla reminisces on being ‘jobless,’ starting business in first year in Europe 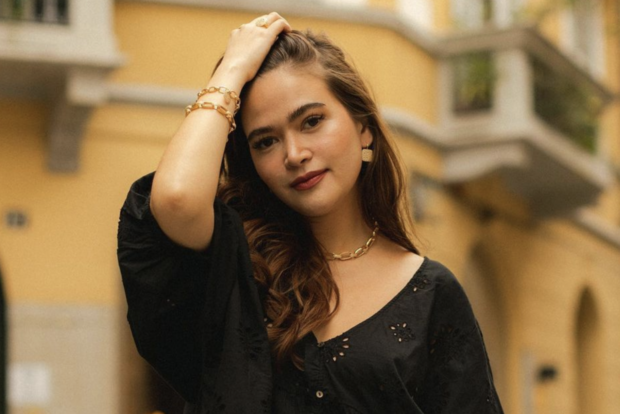 Bela Padilla has marked the first year since she started living in Europe while looking back at her achievements since she decided to move there.

The actress-director, now based in London, marked the occasion by going to Zurich in Switzerland, the place where she started her journey around Europe, as seen on her Instagram page yesterday, July 12.

“This time last year, I left my comfort zone. I flew to Europe with the intention of living in London by September 2021. And I did it,” she said.

Padilla recalled the things she got to do while abroad. She noted that though she often joked about being “jobless,” she actually finished several projects and “experienced life more than I ever have before.”

“I often joke that I’m jobless or that I’m on a sabbatical. But in the last year, I released my directorial debut ‘366,’ wrote two scripts that are now in pre-production, invested in things and people I believe in, started a business with my friend, met amazing people who do what they love, I attended events I would only just see on social media, travelled to cities and countries I only imagined in our taping tents, and have experienced life more than I ever have before,” she told fans.

For Padilla, she is now seeing what it is like to be “just me” instead of the characters she played throughout her 15 years in show business.

“[I] have such a great group of people around me constantly pushing me forward. I celebrate this move with an even more persistent drive, looking forward to what’s next,” she added.

Padilla then encouraged the public to go to “unchartered territories” and “really live your life.”

Padilla revealed in November last year that she had moved to London. At the time, she stressed that she was not quitting show biz.

The actress also clarified in December 2021 that she did not move to London specifically to be with her boyfriend Norman Bay, who is based in Switzerland. She explained that she felt she would be more productive abroad given that “the world stopped” amid the COVID-19 pandemic. As of this writing, Padilla has yet to disclose whether her move to London is permanent.

Padilla’s directorial debut “366” was released via streaming last April. It starred the actress alongside Zanjoe Marudo and JC Santos.  /ra