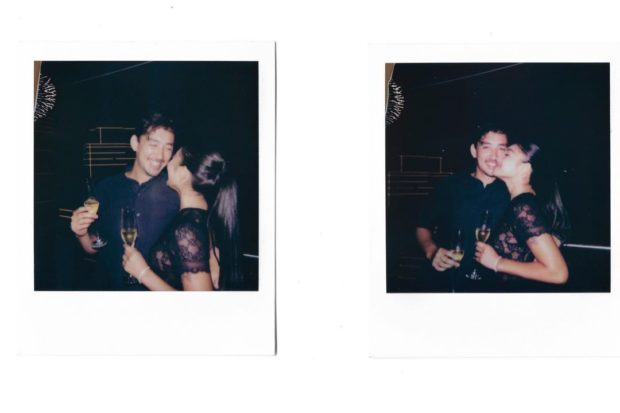 Nadine Lustre has opened up about her relationship with her non-showbiz boyfriend Christophe Bariou, and recalled her first impression of him.

The actress revealed how she met Bariou, a resort owner, during her interview with TV host Boy Abunda, as seen on his YouTube channel last Saturday, July 9. Lustre said that she and Bariou met last year, during her vacation with some of their mutual friends in Siargao.

“Three of us, two of my friends [and I], ended up going to Siargao just for a vacation kasi nga medyo maluwag na nung time na ‘yun (because restrictions were loose at the time) so we were able to fly out,” she told Abunda.

Lustre and her friends stayed in a different resort, but since one of her companions was working with Bariou, they asked if they could go to a secret beach spot near Bariou’s private resort.

“[She] asked him if we could go, but we ended up just swimming in his pool. That’s pretty much it,” Lustre recounted.

When Abunda asked about her first impression of Bariou, Lustre pointed out that she had heard her friends talk about the businessman prior to their first meeting.

“My friends were talking about him and they were saying, ‘He’s actually really cute.’ When I saw him, I’m like ‘Okay fine, he’s actually kind of cute,'” she narrated.

On whether her boyfriend feels comfortable with her being a public personality, Lustre said that Bariou has been understanding about it.

“He’s getting used to it, at least. I think he understands that it’s something that he cannot escape. It’s part of it so he’s okay with it,” she told Abunda.

Bariou is a half-French, half-Filipino businessman who owns the Maison Bukana resort in Siargao. Lustre has been staying on the island for a few months at a time since last year.

Prior to being open about their relationship, the couple were first spotted together in various locations. They participated in relief operations and a feeding program in Siargao after typhoon Odette. They also went on a ski trip to Val-d’Isère at the snowy French Alps earlier this year.  /ra