Even at age 65, Christopher de Leon prefers to do own action scenes | Inquirer Entertainment

Even at age 65, Christopher de Leon prefers to do own action scenes 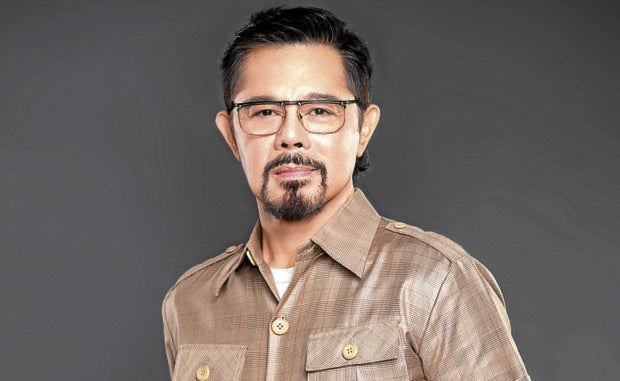 One of the things Christopher de Leon enjoyed most playing a villain in the new GMA 7 primetime series “Lolong” is keeping up with Ruru Madrid and his other younger costars during action scenes.

“I was given a lot of [fight] scenes with Ruru … And this guy is fast—so I have to be fast!” the 65-year-old star said of his 24-year-old scene partner. “I had to be at par with Ruru and the rest of the gang.”

The multiawarded actor isn’t one to readily resort to using a body double, too. As much as possible, he performs his own stunts no matter how tough they are. After almost 50 years in the biz, Christopher is already well-versed with some of the tricks of the trade in action

“I have been in this industry for so long, I think I know the techniques already, like the art of falling, etc. … I like the discipline, the stance, the movements that come with doing action scenes,” he said at a recent virtual conference for the said action-fantasy series. “You have to train for things like these. And it so happened that I had a lot of them.”

Part of the job

“When the director, or the captain, tells me to do this, I will do it. That’s part of my job,” he added.

And as if his action sequences with Ruru weren’t challenging enough, he also had to do some with Dakila, the series magical giant crocodile which is made with fiberglass and silicone and brought to life onscreen with pneumatic technology, air compressors and computer-generated imagery (CGI).

Christopher plays Armando—a powerful political figure who will stop at nothing to kill and eliminate the reptilian tribe Atubaw and the crocodile population in the town of Tumahan.

“The most challenging co-actors you can have are animals, babies and animatronics or CGI. Because you don’t see anything! But you have to act it out, like as if someone’s eating you, for example. It’s difficult so you really have to use your imagination,” he said.

“One of the scenes I enjoyed was when Dakila chased and attacked Armando. Grabe nung hinabol siya. So, we were shouting and shouting. We did it all day. We enjoyed doing it so much because we felt like kids again doing scenes with the crocodile.”

The cast of “Lolong” filmed the show in a taping bubble. While being away from family was hard, Christopher found the locked-in setup conducive to acting and characterization.

“Of course, you will miss your family, but you now have the luxury of FaceTime and all that, so that wasn’t a problem. But I’m so happy with how things turned out. We underwent a lot of processes —swab, antigen tests or having guards escort when going out of our hotel. But it was fine,” he said.

“The good thing is that we got the material early, so we had time to prepare and analyze the characters. And the funny thing was, we had to do our script-readings through Zoom even if we were in adjacent rooms. That’s why when we finally arrived on the set, everyone was ready and prepared. And we would just have fun after the shoot,” he related.

It also helps, Christopher said, to be part of a production where everyone’s treated fairly. “The production team was open to our suggestions when it comes to our characters. I was inspired by my co-actors because walang pa-star. We were like a family and I got my energy from them. We had fun,” he said. INQ