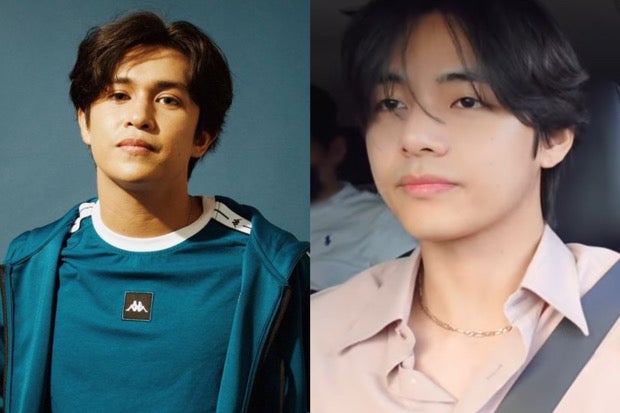 OPM artist Paolo Sandejas could not seem to contain his delight after his song “Sorry” got featured in the recent vlog of BTS member V.

V, whose real name is Kim Taehyung, was driving while singing along to songs from his playlist, as seen in a vlog on BANGTANTV’s YouTube channel yesterday, July 9. Sandejas’ “Sorry” played from the car and the K-pop superstar sang while moving his hand to the beat of the song.

Sandejas then expressed his excitement via a series of tweets on his Twitter page, from yesterday to today, July 10. The singer was initially clueless as to what was going on after BTS’ fans, dubbed as ARMY, have been tagging him in their posts.

“[What the heck] is happening [right now]?” he said, sharing a tweet from an ARMY talking about his song.

“[BRO, YOUR BOY] IS TRENDING! [What the f*ck is happening [right now]!!!” he stated in another tweet, while showing a screenshot of his name on Twitter trending list.

BRUH YA BOI IS TRENDING! Wtf is happening rn!!! pic.twitter.com/8j8D0Lk8D9

Sandejas then thanked and greeted BTS’ fans on their “ARMY Day,” which is the anniversary of the formation of the K-pop boy group’s fan base.

“Tonight has been insane! Thank you all so much for all the love you guys have been showing for my music,” he said. “To the [Filipino ARMY], you guys are amazing.”

Tonight has been insane! Thank you all so much for all the love you guys have been showing for my music 🥹

to the Filo Army, you guys are amazing 💜 Happy #ARMYDAY

Sandejas’ “Sorry,” which was released in 2020, is a song about a relationship that did not work out. Meanwhile, Sandejas also released his single “HIDE & SEEK” last April. JB