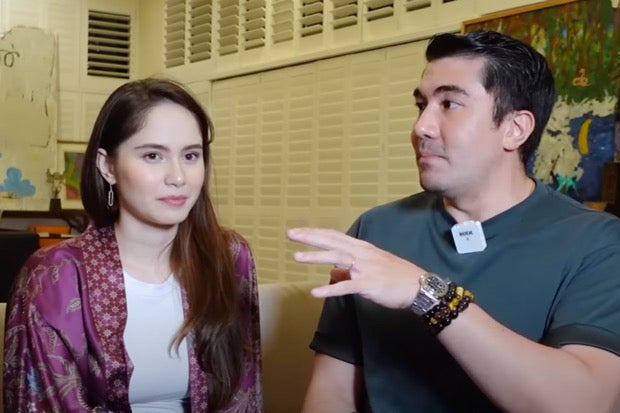 Luis Manzano and Jessy Mendiola looked back on their relationship, with Manzano disclosing that the actress initially referred to him as a pervert.

Luis and Mendiola spoke about this during a casual interview with Edu Manzano and Cherry Pie Picache, as seen in a vlog on Luis’ YouTube channel yesterday, July 5.

The subject was brought up after Luis asked Edu and Picache if they believed destiny would have let them find each other in the future, if ever they did not pursue their relationship last year.  The “PieDu” couple answered that they know they will always meet each other “somewhere down the road” which led Luis to relate it to his relationship with Mendiola.

(What’s destined will always happen. Who would have thought that Jessy initially called me “mister pervert” back then?)

Mendiola affirmed what the actor-TV host said then explained why that was her initial impression of him.

(Luis is a smooth talker, very out there and has many girl friends, that is why I was very jealous during the first two years of our relationship. I thought to myself, “This guy is a pervert. That is why he is very close to girls.”)

Luis stressed that he is only friendly, adding that having many girl friends does not make him a pervert. Edu then pointed out that Luis got the said trait from him, and joked that it is something Edu is proud of.

Meanwhile, Luis and Mendiola, who wed in April last year, recently had their “official honeymoon” in Dubai which also marked their first trip as a married couple. JB