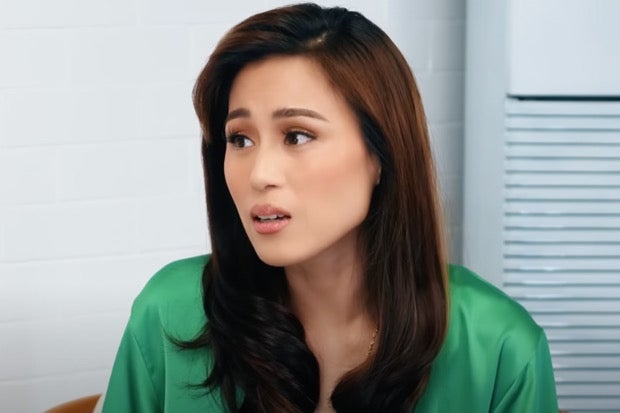 Toni Gonzaga asked the public for help in reporting a fake Facebook account posing under her name and asking for digital gifts to earn money.

“This is not our official account. If you could kindly report also. Maraming salamat (Thank you so much),” she said. 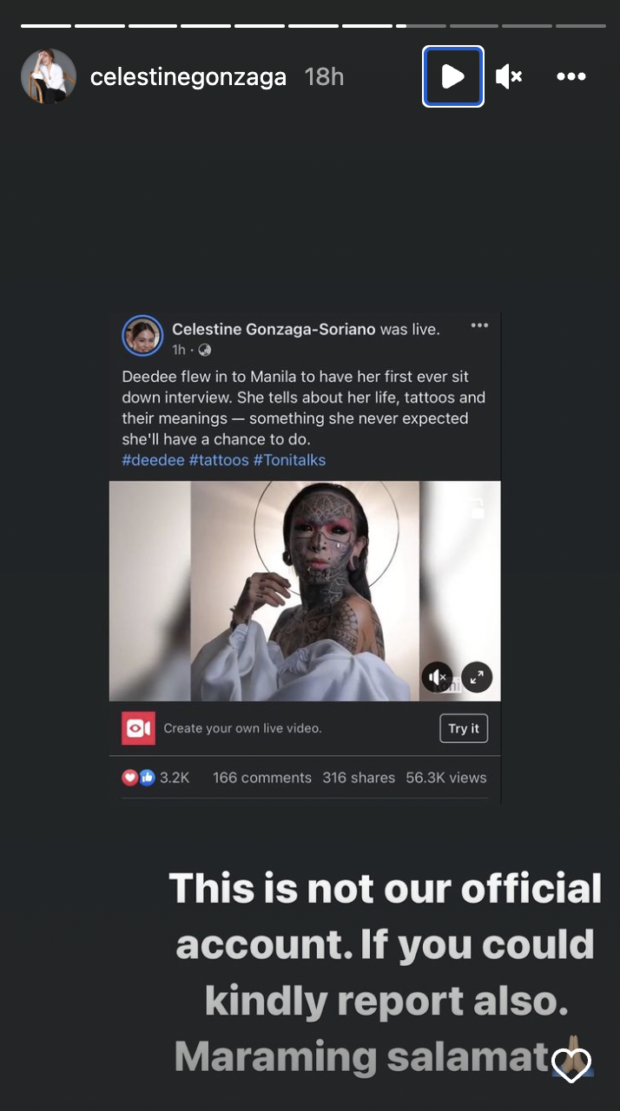 Gonzaga then provided a screenshot and link to her official Facebook page, Toni Gonzaga Studio. 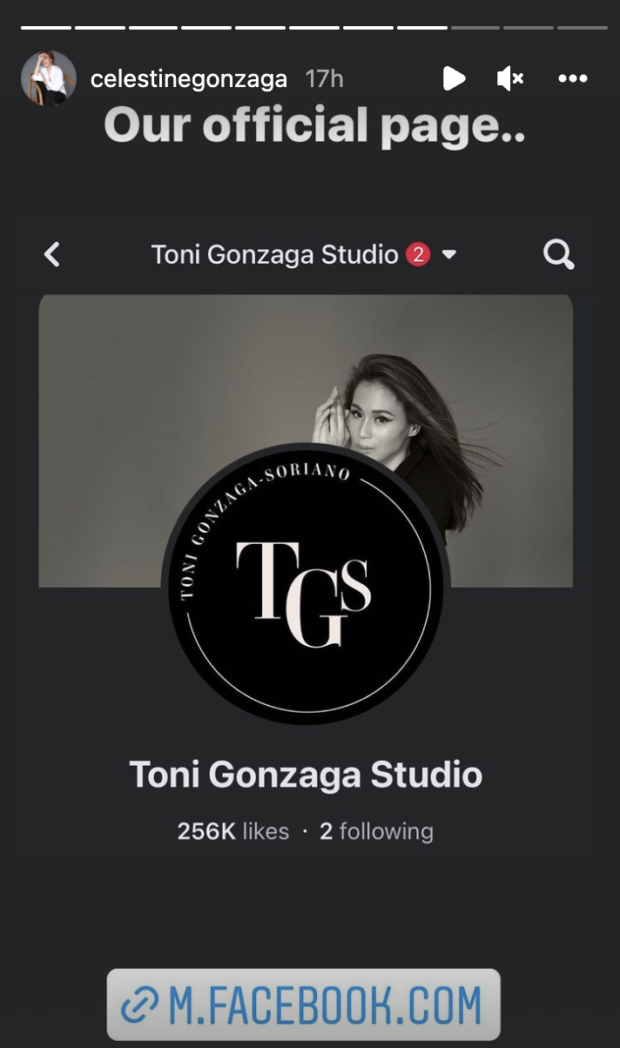 She also showed a comment from the poser account asking fans to support the fake page by sending digital gifts.

“We don’t ask for money. This is a fake account. If you can also report,” she stated. 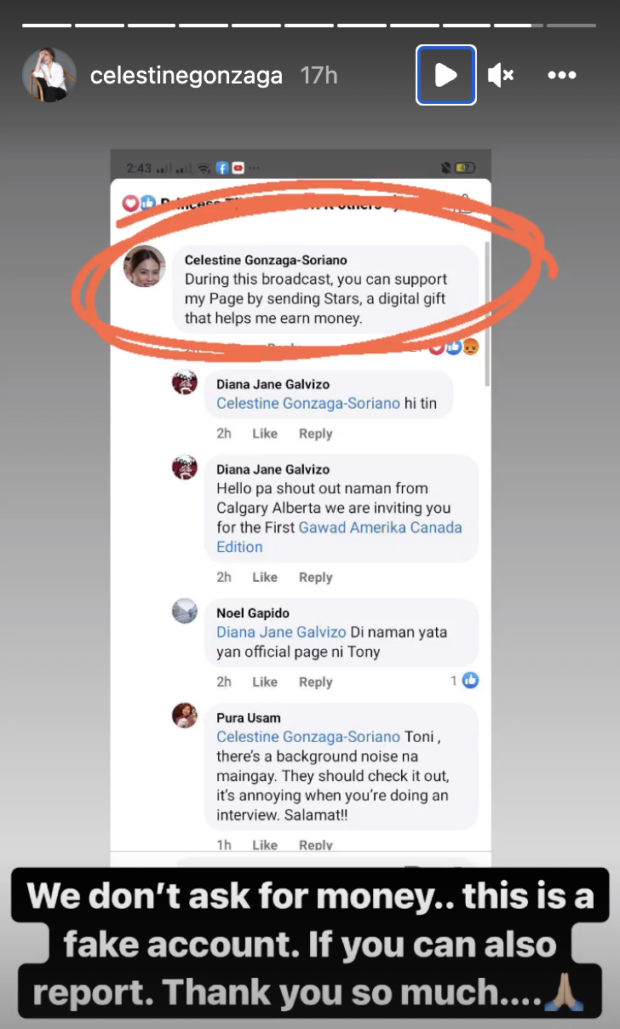