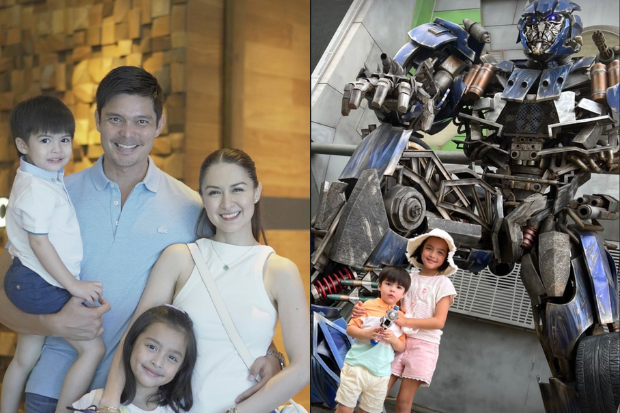 Marian Rivera and Dingdong Dantes have enjoyed some time off with their children, Zia and Ziggy, by taking a vacation in Singapore.

During their trip, the celebrity couple treated their kids to a visit to Universal Studios Singapore, as seen on Dantes’ Instagram page last Tuesday, June 28. The actor told fans that their vacation marks the first time Ziggy gets to see marine life up close as he showed his son in a stroller while looking at an aquarium at the Resorts World Sentosa in Universal Studios.

“El Kapitan aboard his lightweight [vessel], appreciating this amazing view of marine life for the very first time,” he said.

Dantes also showed snippets of their trip on his Instagram Stories yesterday, June 29. Zia and Ziggy can be seen posing with a “Transformers” robot statue and a mascot of Tigress from the “Kung Fu Panda” film series. 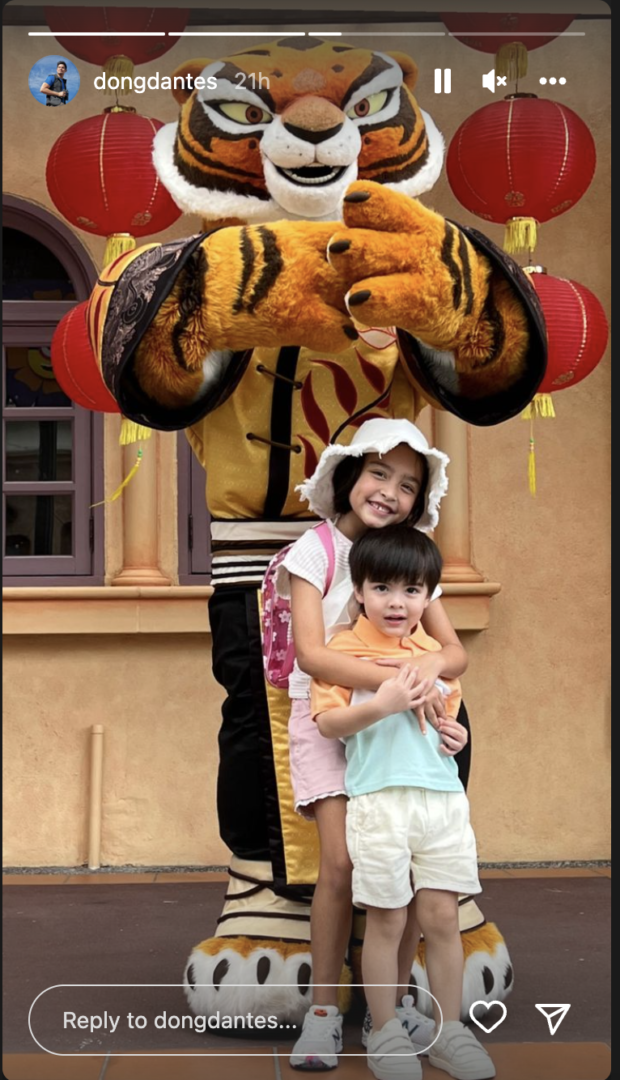 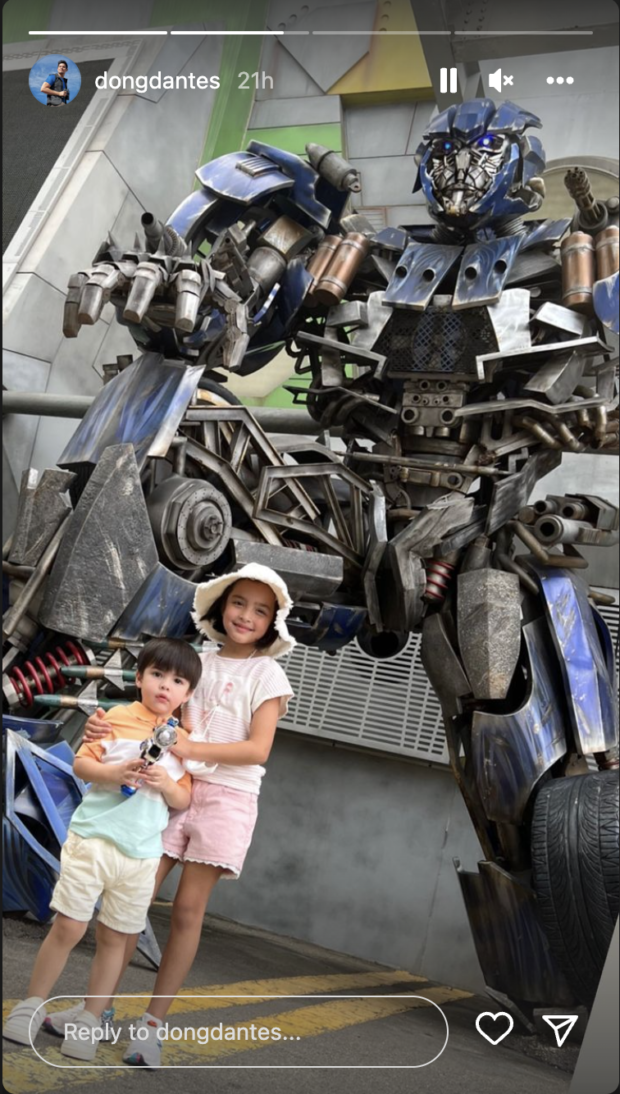 Rivera and Dantes wed in a Spanish romance-themed church ceremony in December 2014. They welcomed Zia in November 2015, and in April 2019  announced Ziggy’s birth.  /ra