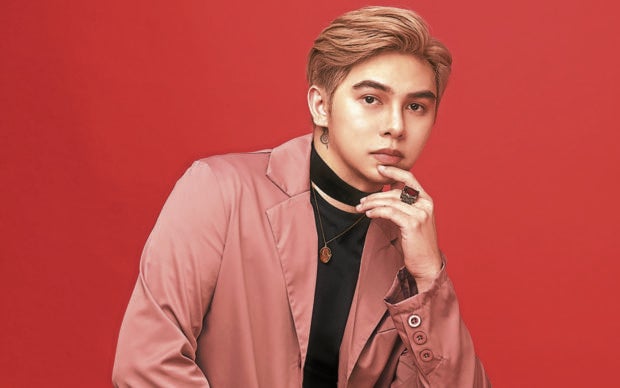 For pop and electronic dance music (EDM) artists like Jace Roque, the height of the COVID-19 pandemic was a particularly tricky period to navigate.

His brand of sound is best experienced with throngs of rollicking revelers. But with no live shows, club parties and music festivals, Jace had to make do with solo performances, create his own energy and be his own hype man.

“It was awkward for me to perform my tracks because they should be shared with people dancing or jumping around. I live off the audience’s energy. But now that we do more online guest appearances, we’re typically asked to film ourselves performing and then send the video to the production team,” Jace told the Inquirer in a recent interview.

“It’s challenging because there are no people to draw energy from and I end up having to do multiple takes. So I just imagine that there’s an audience because it’s hard to perform alone. I need interaction and reciprocation of energy,” Jace, who’s behind the English-Tagalog dance bop “Forever” (306,000 streams on Spotify and 1.1 million on Facebook).

But now that the live music scene is slowly coming to life, Jace is looking forward to finally returning to the circuit and the feeling of being onstage. “I had COVID earlier this year. As an asthmatic, I thought it was the end of the line for me; it was traumatizing,” he said.

Jace had to take a one-year hiatus from music to look after his mental health. Luckily, he didn’t completely lose the momentum he had built with “Forever” and his two other popular singles “Day and Night” and “Sober.” “I had to step back to focus on my mental health. I had to undergo therapy for personal issues that resurfaced amid the pandemic,” he said.

“Taking a break that long is difficult because it feels like you’re starting from zero again. But I’m thankful that despite being away for years, my supporters continued to wait for new releases,” he said.

His latest offering is a four-track EP titled, “Inferno,” which features the new singles “‘Di Para Sa ’Yo” and “Be Someone.”

“‘Di Para Sa ’Yo’ is my full Tagalog song. The sound still reflects my genre, but in Tagalog. It’s about my journey to self-worth and realizing that the person you loved so deeply wasn’t deserving of that love after all. So you just learn to love yourself,” he said.

“Be Someone,” on the other hand,” is about dealing with the expectation of family, friends and people in the industry. “It was in a way damaging because, at the end of the day, I just want to be myself. But you get confused with all the inputs you’re getting from others regarding what you need to do as an artist,” he said.

For the longest time, Jace has had to tone down his “hardcore EDM” sound and style, because the market five years ago wasn’t as receptive to the genre. But with the recent rise of P-pop—an emerging local pop movement inspired by K-pop—Jace feels that he can now pursue his original vision for his music. He’s done compromising, he said.

“I had to tone down my music because it wasn’t what the public was looking for. But with the emergence of P-pop, I was able to bring my original sound. People are more accepting of that now. At least now I can go full blast with my creativity,” he said. INQ