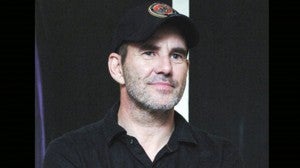 Rybojad, who has made docus on the war in Afghanistan, doesn’t shy away from grueling shoots. For “Special Forces,” he took his cast to countries that experience extreme weather fluctuations. “The shoot was a big challenge,” he told the Inquirer in an exclusive interview when he was in Manila recently. “We shot in three continents—Africa, Asia and Europe.”

In Africa, they set up camp in Djibouti and sweated it out in the scorching desert. In Asia, they endured freezing climate in Tajikistan, near the Himalayas. “We shot in plus 50 degrees and in minus 28 degrees,” Rybojad recalled.

The cast stayed cooperative and supportive. “They remained committed to the project,” he said. He singled out two-time Oscar nominee Djimon Hounsou. “He’s an extraordinary artist. It’s an honor to direct an actor who has worked with the world’s best filmmakers like Steven Spielberg and Ridley Scott.” He said Hounsou embodied his role as a resilient military leader who also has to struggle against discrimination.

He had nothing but praise for Diane Kruger, too. “She’s a tough girl, not a diva at all. She worked hard and was very effective in her role (as a French journalist kidnapped by the Taliban).”

Rybojad, who has made over 100 docus, shorts and commercials throughout his 32-year career, explained that, in his debut movie, he endeavored to make a strong statement against the Taliban, a fundamentalist Islamic political party that ruled Afghanistan with an iron fist from 1996 to 2001.

“I traveled to Afghanistan eight times as a journalist,” he recounted. “My movie was inspired by those experiences.”

He dedicated his film to the women of Afghanistan. “When the Taliban was in power, young girls were barred from going to school. Women were not allowed to work. The local media was suppressed. The Taliban should not be allowed to rule that country again.”

His film reportedly proved “controversial” in France, where peace activists were against French involvement in the Afghanistan-Iraq conflict. He pointed out that 4,000 French soldiers 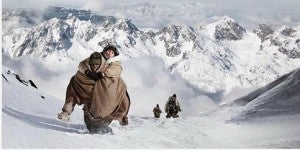 were sent off to war in Afghanistan.

“Many lost their lives. It was a sensitive issue. The military and the media were being judged by the public. But they were just serving the people of France. Soldiers and journalists are not politicians. They were in Afghanistan to do their jobs.” (French forces will pull out of Afghanistan next month.)

He wanted to show their heroism: “In the end, my film is about human courage.”