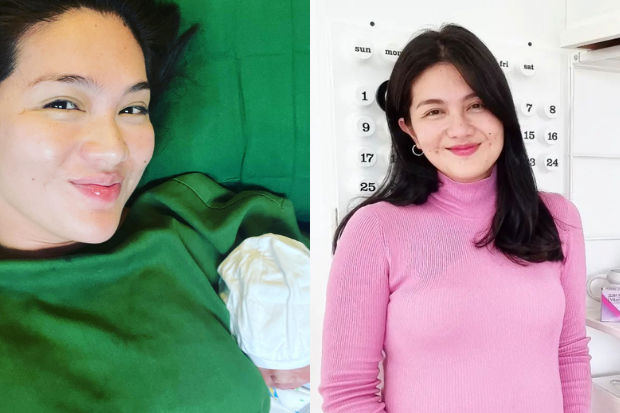 Dimples Romana revealed that she is now a mother of three as she welcomed her third child, baby Elio, with her husband Boyet Ahmee.

The actress gave a glimpse of her baby boy and announced his birth via her Instagram page today, June 24. Romana can be seen lying in bed as she held her newborn child.

Fellow celebrities sent congratulatory messages to Romana and her family, including Anne Curtis, Iza Calzado, Iya Villania and Charlie Dizon, among others. 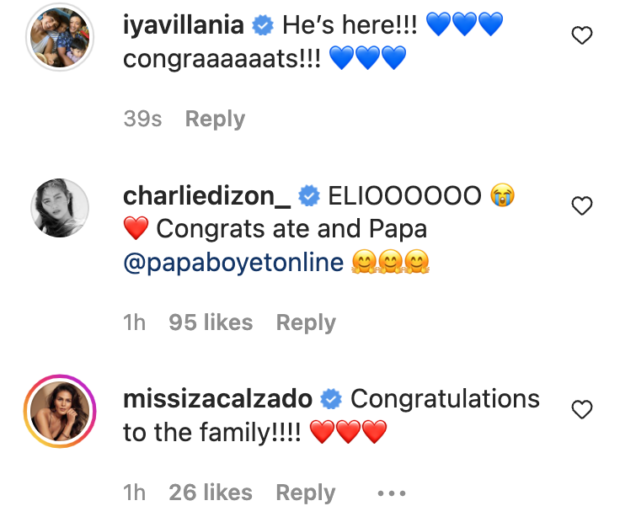 Romana announced her pregnancy with her third child last March, then revealed later in the same month that she was expecting a baby boy.

Earlier this month, Romana flaunted her baby bump in a swimsuit, then was treated by her friends and fellow actresses Angel Locsin and Bea Alonzo to a surprise Peter Rabbit-themed baby shower.

Romana and Ahmee have been married since 2003. They marked their 19th wedding anniversary earlier this month.  /ra