Ed Sheeran awarded costs for ‘Shape of You’ copyright win 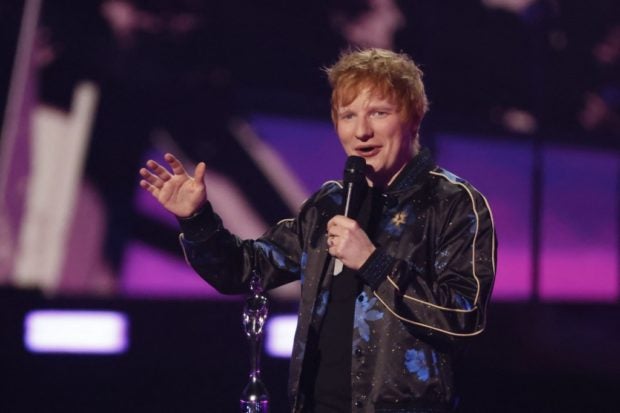 Ed Sheeran celebrates after receiving the songwriter of the year award during the BRIT Awards 2022 ceremony and live show in London on Feb. 8, 2022. Image: AFP/Tolga Akmen

A High Court judge in London on Tuesday awarded Ed Sheeran and his co-songwriters more than £900,000 in legal costs after winning a copyright trial over his hit “Shape of You.”

The 31-year-old Sheeran was taken to court and accused of copying a phrase from the British grime track “Oh Why” when writing the worldwide smash.

But judge Antony Zacaroli ruled in April this year after an 11-day trial that the star “neither deliberately nor subconsciously” plagiarized the hook.

On Wednesday, the judge said the artists who brought the claim—Sami Chokri and Ross O’Donoghue—should pay legal costs.

Ed Sheeran sings in court, wants to clear his name at copyright trial