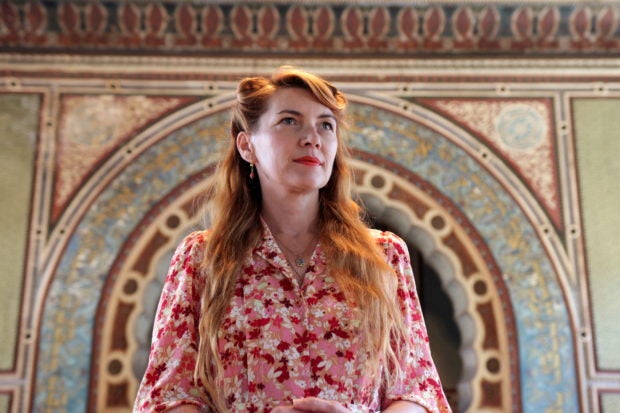 SARAJEVO — In a traditional Muslim house in the old quarter of Sarajevo, a film has revived two different periods of war during which Bosnian Muslims saved Jews from Nazis and then 50 years later Jews rescued Muslims from Bosnia’s besieged capital.

Sabina Vajraca, a United States-based film director who herself was a refugee from Bosnia’s 1990s war, says she wants her short film to remind the world of the goodness of ordinary people during times of conflict in Europe and the Middle East.

In May, Vajraca’s script won the Holocaust Film Contest held by the Claims Conference, the Jewish organization which secures compensation for Holocaust survivors.

“Evil keeps coming back over and over and wars keep happen over and over and the whole message of this film is that when such an event happens, will you remember your humanity and save others or will you become small and fearful and only think of yourself,” Vajraca said in an interview with Reuters.

The film “Sevap/Mitzvah” (A Good Deed) is based on the true story of Muslim woman Zejneba Hardaga and her family who hid the Jewish Kabiljo family at their home, risking their own lives, and helped them escape Nazi-occupied Sarajevo in the 1940s and then move to Israel.

The Hardagas were recognized as Righteous Among the Nations by the Israeli Holocaust museum Yad Vashem, based on testimony provided by the Kabiljo family. The honorific is awarded to non-Jews who helped Jews escape persecution in the Holocaust.

A scene from the movie “Sevap” is seen on a camera display, on a film set, in Sarajevo, Bosnia and Herzegovina, June 16, 2022. Image: Reuters/Dado Ruvic

Fifty years later, during the 1992 to 1995 siege of Sarajevo by separatist Bosnian Serb forces, the Jewish community helped the Hardagas leave Sarajevo using fake Jewish identity cards and the Kabiljo family secured them a refuge in Israel.

“Zejneba Hardaga is the first Muslim woman in the world who was recognized as Righteous Among Nations,” said Eli Tauber from the Sarajevo Jewish community.

Tauber, who wrote a book about 54 Bosnians who were honored as Righteous for saving Jews during the World War II, said that Zejneba Hardaga also helped his grandparents to leave Sarajevo at that time.

“She gave my grandmother a veil and pantaloons to disguise herself as a Muslim woman… and gave my grandfather the money to buy tickets and run away from Sarajevo,” he recalled.

Vajraca hopes the film will be inspirational to the audiences with its message: “Do what you can, do a good deed no matter what and in some way it may come back to you.” JB

‘Lightyear’ makers unfazed by bans in places with ‘backward beliefs’

Take a look at the original ‘Top Gun’ house