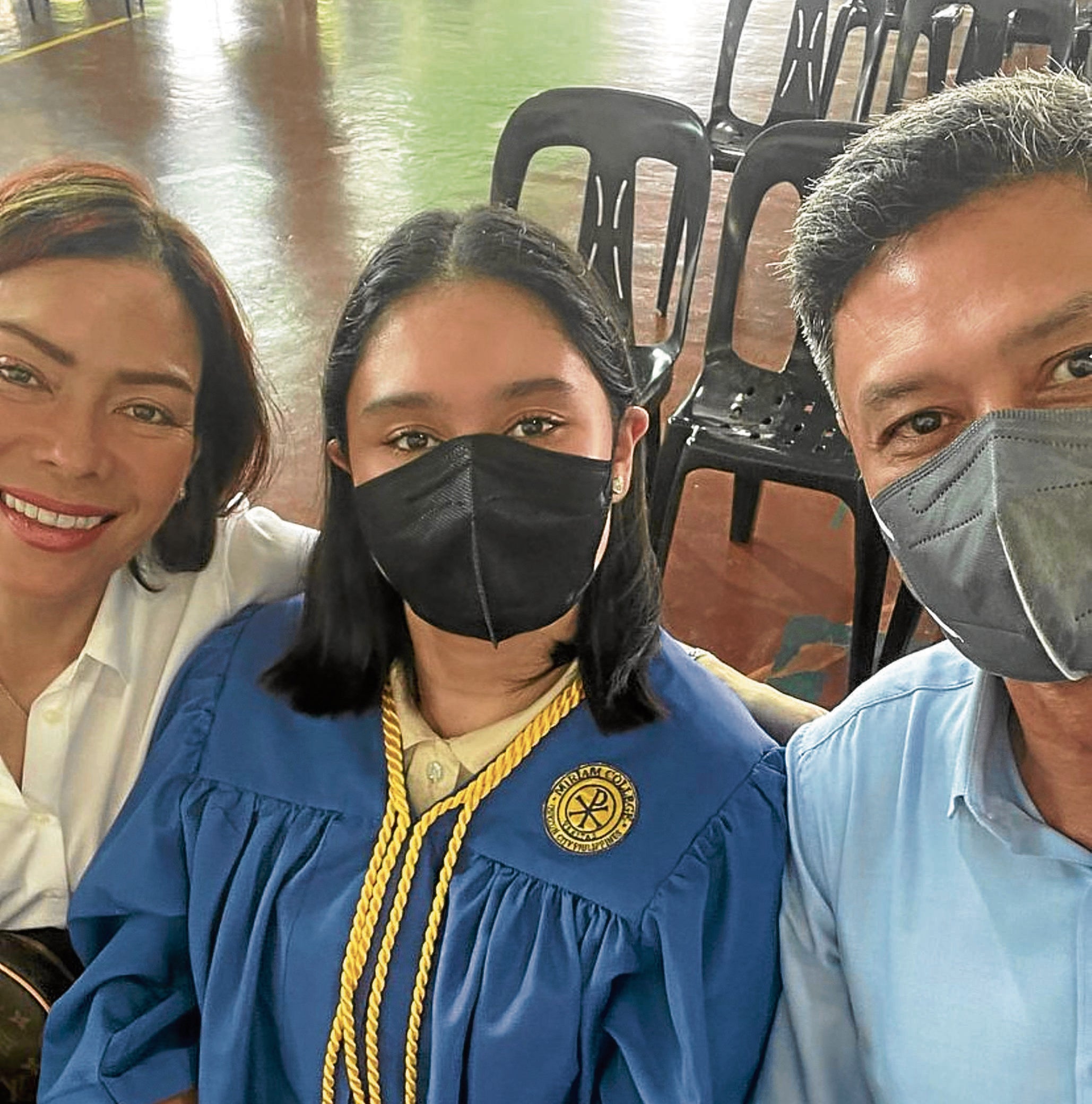 In terms of parenting style, Tonton Gutierrez would like to think of himself as a “chill” father. “As a father, anything goes. I can be strict, cheerful and playful. I play along to whatever situation that comes. I’m not uptight with my kids,” he said in a recent virtual conference.

But if there’s one thing the 54-year-old actor is particular about with his children, Aneeza, 16, and Aneeka, 9, it’s their studies. He has no problem should his two daughters decide to follow in his and his wife Glydel Mercado’s footsteps in show biz. But schooling, he said, should be the top priority.

“Glydel and I agreed that it’s best for the kids to finish their studies first. Finish school and then do whatever you want to do—it’s all up to you. I tell them to make their Ate Janine (Gutierrez, their cousin), who made sure to finish college first before pursuing show biz, [their role model],” Tonton related.

Of his two daughters, it’s his eldest, Aneeza—much to his surprise—who has shown interest in acting so far. She tested the waters two years ago and took part in the movie “Jolly Spirit Squad” top-billed by Joaquin Domagoso.

“Her mom gave her permission to accept the offer. Aneeza is quiet and introverted so I never expected her to say yes to the project. When Glydel told me that Aneeza is doing a movie, it felt out of nowhere and it was jaw-dropping. I said, ‘Pumayag siya? Talaga? I was shocked!’” Tonton said of Aneeza, who recently graduated high school from Miriam College.

But as unexpected as it was, the seasoned actor realized that he shouldn’t be really surprised having a daughter who’s interested in acting, because she grew up in a show biz-inclined family, after all.

Tonton’s parents are veteran actress Liza Lorena and Eddie Gutierrez, the patriarch. “I guess she has it in her. Glydel showed me the outtakes of her scenes. I think she has it!” Tonton said. “May pinagmanahan—mana sa nanay!”