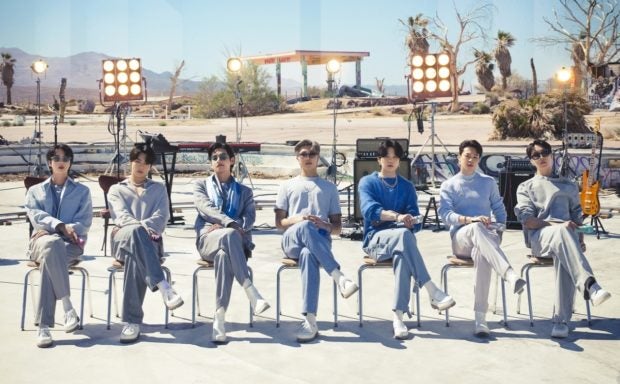 Since K-pop supergroup BTS abruptly announced it will bring a halt to its group projects, social media has been flooded with messages of the septet’s fans expressing grief but support for the decision.

In a YouTube video clip released Tuesday, BTS said it will take a break and pursue individual activities in the coming future.

The announcement came shortly after the band dropped its new anthology album “Proof” on Friday to wrap up the first chapter of the group’s nine-year career.

With BTS becoming a trending topic on social media the following day, Army, the septet’s global fandom, posted numerous messages to wish their K-pop star good luck and wait for their comeback.

One Korean fan supporting BTS’ second chapter said, “I just want to give them a hug.”

“I’ve anticipated this moment for a long time, but I didn’t expect it today,” another BTS fan said. “The name BTS will continue with Army like a tattoo that doesn’t disappear.”

In a Twitter post written in English, a fan said she is rooting for the members’ courageous move to face another phase of their careers.

“It takes so much courage to leave a place where you have it all in order to challenge yourself and reach an upgrade version of who you are,” she said. “BTS is teaching me another important lesson.”

Another English message said she will remain loyal to BTS and give equal support to each member for their individual activities.

“Promise to always walk with you and definitely support each of you equally,” she said. “Thank you BTS!”

Some fans appreciated BTS telling its fans about its plans through the YouTube video.

“Thank you for telling us your thoughts and intentions by your honest talk and not by an abrupt notification,” one of them said. “We support whatever you do.” (Yonhap)/DC/JB