Denise Laurel undergoes surgery for cyst in her head 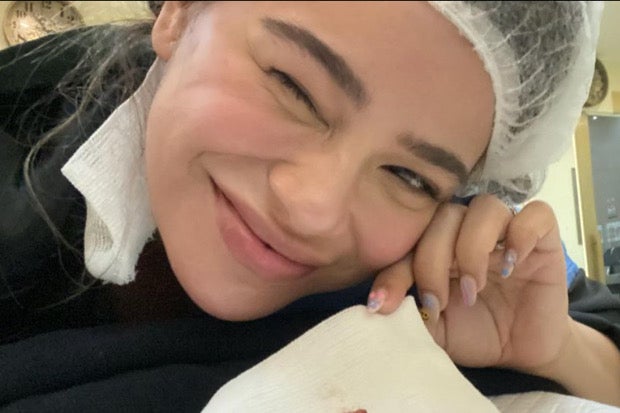 Denise Laurel is grateful for the relief after undergoing a surgery and removing a cyst “resting” in the back of her head.

The actress told fans that she had a successful operation and showed the cyst that was taken out of her, via her Instagram page yesterday, June 12. Laurel expressed gratitude to her doctors who accommodated her even when they were on a trip in Europe. Meanwhile, her fans and followers could not help but take note that the cyst looks like an onion.

“Meet Harry the cyst,” she said. “Thank you to [Dr. Aivee Teo, Dr. Z Teo] and Doc Angeles for helping me get this little guy out who was resting in the back of my head!!!”

“[So] much relief from the pressure in my head that I’ve been just sucking up and dealing with!” she added. “The team totally took care of me!”

Laurel also stated that the surgery, which she had last June 9, was “fast and easy” as she was still able to attend to her scheduled commitments after.

“It’s been bugging me for quite some time. I’m excited to finally get better sleep!” she said.

Fellow celebrities who expressed their concern and sent their well-wishes to the actress include Iya Villania and Chynna Ortaleza.

In 2017, it can be recalled that Laurel also underwent surgery to remove a cyst on her breast. She admitted that it was alarming for her at first as she also had it on her lymph nodes and ovaries, but she was informed by her doctors that they were all benign. JB