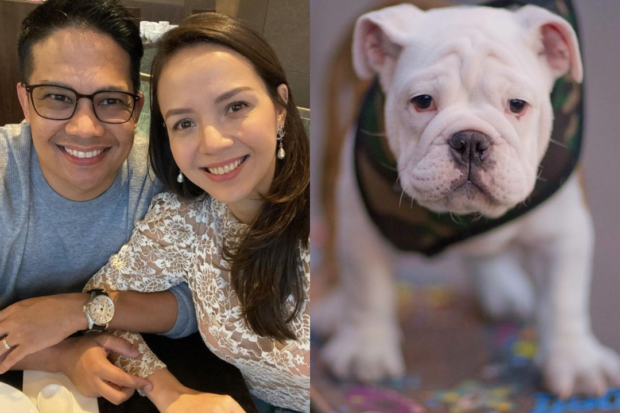 Mo Twister and his wife, fellow DJ Angelicopter, are mourning over the loss of their pet dog of 10 years, Bamboo, who was stolen and found dead in Las Vegas.

Mo Twister narrated the events leading to the English Bulldog’s death while showing photos of Bamboo via his Instagram page yesterday, June 9. According to him, three men who worked at a construction company tied a rope around Bamboo’s neck and led the dog into their truck.

“I have the cam footage [of them] driving away from our home with Bamboo. I saw these men yesterday and confronted them with the evidence and asked for my dog back,” he told fans, noting that the confrontation got “tense.” Police came to the scene, but they “did not have enough” to warrant a felony.

Mo Twister also said the men had admitted to stealing the dog, but they eventually let Bamboo go because “they panicked.”

“This morning his dead body was found in the area of the person who stole him. Nowhere near my home, an impossible distance for an old and nearly blind Bulldog to reach,” he recalled.

Despite what happened, Mo Twister wants to believe that Bamboo “put up a hell of a fight” with those who took him away. He also imagines that his dog got to remember happy memories with his family before passing away.

“Most of all, I’d like to believe he didn’t suffer. But I’d be wrong. He suffered,” he said. “In this immense heat, stuck in a truck at 104 degrees [Fahrenheit] (40 degrees Celsius) outside. I know he ended his life like a person on fire.”

“The last photo in this post is his body, dumped from a truck in an open lot far away from home. I feel like I failed him and I’m in terrible pain thinking I did,” he added.

Mo Twister expressed grief over the death of their pet, looking back at how Bamboo had been an “instant hit” in their lives and “an incredible guard dog” to their family.

“As he aged and started to show diminished eyesight [and] hearing, he still had the alertness and desire to keep us safe,” he said.

Mo Twister expressed appreciation to those who have been supporting them and “battling for Bamboo,” via his Instagram page also yesterday.

“Run Free Bamboo, the killers will not be as fortunate,” he told his departed pet.

Among the celebrities who sent their condolences to Mo Twister and Angelicopter were Nikki Valdez, Bianca Gonzalez, Gabby Eigenmann and Gloc-9.  /ra