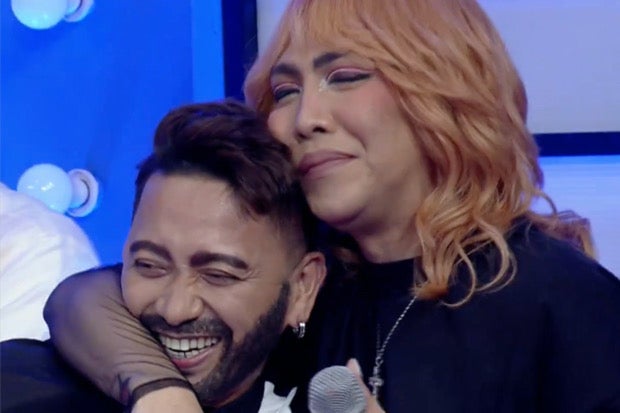 Vice Ganda could not hold back his tears after his fellow “It’s Showtime” host Jhong Hilario surprised his peers in the noontime show with his return.

The comedian along with other hosts including Vhong Navarro, Anne Curtis, Kim Chiu and Ogie Alcasid were all shocked after seeing Hilario on stage, in an episode of the show as per its Facebook page yesterday, June 4. Hilario disguised himself as one of the “Tawag ng Tanghalan” contestants and sang Rey Valera’s hit song “Kahit Maputi na ang Buhok Ko.”

Hilario eventually revealed himself and gestured for other hosts to join him on the stage. He then ran to Vice Ganda, who was at the side covering his face while breaking into tears, and continued crying while hugging Hilario.

After the performance, the hosts gathered together with Hilario, joking about how Vice Ganda kept a grudge towards him and did not answer his messages. The comedian then stated that he was just processing his feelings, adding that Hilario’s presence was a “big surprise.”

(God is so kind. He knows when to give the people or things I need at the right time. I was just quiet because I was really surprised and I am so happy. I have long been waiting for this moment to happen — to have you my OG ‘Showtime’ family and my new ‘Showtime’ family together.)

Vice Ganda also showed snaps of their reunion while expressing his love for his fellow hosts, via his Facebook page today, June 5.

(Answered prayer! I feel like I am a parent whose kids came home after being gone for a long time. It may sound exaggerated but that is what I really feel.)

Hilario took a break from hosting the show after he welcomed his child with his longtime girlfriend, Maia Leviste Azores, as well as to focus on his election campaign.

Prior to Hilario, Curtis also returned to the TV show last May 28, after her over two-year hiatus. JB