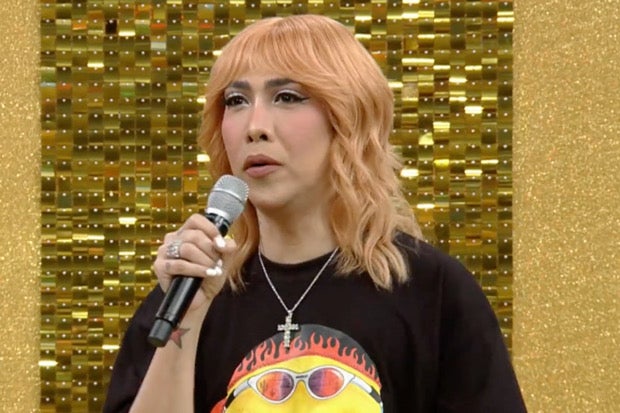 Vice Ganda disclosed that he is not particular on being called “sir” or “ma’am,” explaining that he does not get offended being addressed as either.

The comedian-TV host spoke about this during the “Showtime Sexy Babe” segment of “It’s Showtime,” as seen on its Facebook page yesterday, May 31.

The topic was brought up after he asked a contestant about getting a “Hi, miss” from strangers in the streets. The contestant answered that her reaction would depend on the tone of the greeting, but stressed that she would not tolerate catcalling. Vice Ganda then quipped about being called “sir” at times, prompting him to share his thoughts with his fellow hosts Vhong Navarro and Ogie Alcasid.

(I do not get offended [being called either “sir” or “ma’am”]. Actually, a lot of people have been arguing on how they would address me — sir or ma’am, he or she, but I do not mind.)

While he takes no offense on it, Vice Ganda stressed that the case may be different from other people and it is just right to be mindful about it.

(I do not get [offended] but in the case of other people, you need to ask them, “How do you want to be addressed, sir or ma’am?” Because it is hard to just assume based on their looks. Other people really demand to be given the pronouns that they identify themselves with.)

Vice Ganda opened up on identifying himself as non-binary, also in an episode of the noontime show in July last year.

According to Human Rights Campaign, non-binary “describes a person who does not identify exclusively as a man or a woman” and “may identify as being both a man and a woman, somewhere in between, or as falling completely outside these categories.”

Meanwhile, Vice Ganda recently got emotional as he looked back on his humble beginnings as a stand-up comedian after he visited a comedy bar. JB

Vice Ganda got emotional in comedy bar visit: ‘Saw myself, my beginnings’