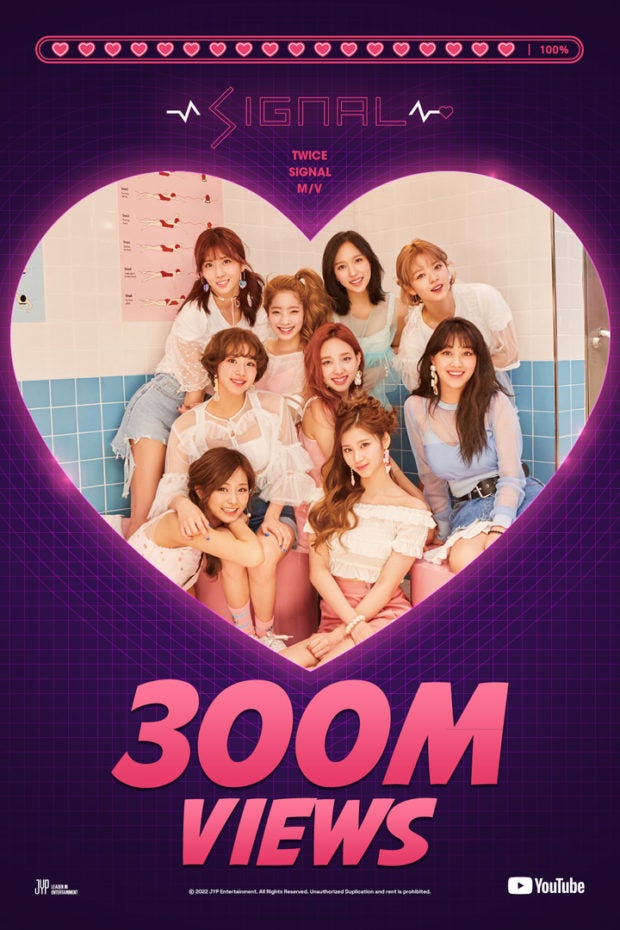 The music video for Twice’s “Signal” amassed 300 million views on YouTube on Tuesday, according to label JYP Entertainment.

The band now has 14 music videos with more than 300 million views, the most for a girl group in the world.

“Signal” is the focus track from the group’s fourth EP that came out in 2017.

Meanwhile, Twice will release its fourth full album in Japan on July 27. The LP “Celebrate” marks the fifth anniversary of its debut in the country.

In March, its fourth compilation album in Japan, “#Twice4,” came out, and last week, a DVD was released in which the nine bandmates look back on their past five years. The DVD ranked number one on Oricon’s daily DVD ranking. JB