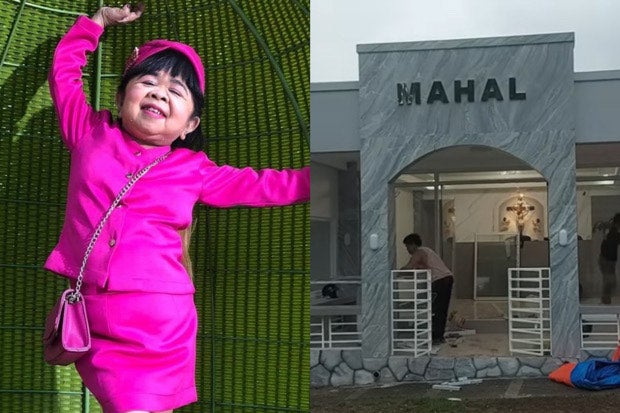 The family of the late comedian Mahal (real name: Noeme Tesorero) expressed their gratitude to her fans for her multimillion-worth mausoleum, clarifying that her rumored boyfriend Mygz Molino did not contribute to it.

Lany, Mahal’s sister, addressed the message posted by their other sibling, Irene, which earned reactions from fans, via the YouTube channel of the late comedian yesterday, May 31. In the said post, Irene thanked fans for supporting Mahal’s YouTube channel and stated that Molino and Mahal’s manager Jethro Carey have not contributed money for the mausoleum.

(This is true. There are people who send messages to sister Irene asking why I do not mention or even express gratitude to Mygz. Just to clarify, contributions are not just about money.)

Lany mentioned that aside from YouTube earnings, they were able to pay for the P5 million-lot through fans’ donations. Meanwhile, Irene reportedly disclosed earlier that they spent an estimated P4.1 million for the mausoleum.

Lany then stressed that they did not intend for Mygz to be put in a bad light, clarifying that they just do not want the fans’ contributions to be discredited.

(Ate Irene just gave an explanation but some of you made it look bad. Why is it that when Mygz is mentioned, it is as if we are insulting him? We did not intend it to come off that way. We just want to clarify things because some are saying that he has the biggest contribution.)

Lany also appealed to the public to stop making issues over their family’s treatment of Molino, stating that they are all just trying to cope with Mahal’s death.

(If Mygz is doing his best to move on with his life, our family along with Mahal’s fans are doing the same. We are helping each other to move on from the death of our sister.)

Mahal passed away in August last year due to COVID-19. She first rose to fame in the 1990s and was part of numerous ABS-CBN shows and films, including former noontime show “Magandang Tanghali Bayan” and the movie “Kokey” in 1997, where she played the lead role. JB