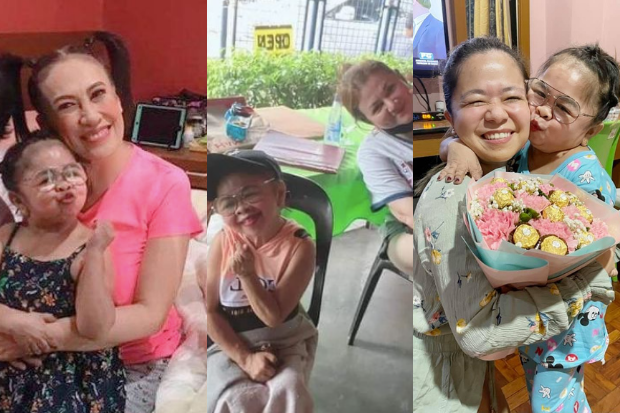 Ai-Ai delas Alas, Rosanna Roces, Kiray Celis and their fellow celebrities were among those who grieved over the death of comedian Mahal. She passed away yesterday, Aug. 31.

Mahal, whose real name is Noeme Tesorero, was 46 years old. She tested positive for COVID-19 and her death was confirmed by comedienne and close friend Brenda Mage.

Delas Alas admitted she was shocked by the comedian’s death, as she recalled her friendship with Mahal. The actress showed a video of Mahal having a meal with her friends Jason Francisco and John Vic de Guzman on her Instagram page, also yesterday.

(The news of your death did not sink in right away for me, but when I saw this video, I cried. Rest in peace, Mahal. I lost a friend in the industry.)

Celis also showed photos with Mahal while recalling the moments she spent with the actress, through her Facebook page on the same day.

Meanwhile, Roces said she was grateful for the opportunity to have been able to work with Mahal.

(Very sad news. Thank you for the opportunity to spend time and work with you. Come home to the Lord, Mahal.)

Mahal’s “Owe My Love” co-star Benjamin Alves also recalled the comedian’s “aura” when filming, as he showed a photo with her on his Facebook page.

“I will miss your laugh and your aura [on] set. Wala kang moment, kahit late na or pagod na tayo, na di ka nakasmile. (You had no moments, whether late or tired, where you weren’t smiling.) It was an honor to share a scene with you. We love you forever Ate Mahal!” he addressed the late actress.

Janice de Belen, who worked with Mahal in the 1991 film “Anak ni Janice,” meanwhile paid tribute to the comedian by showing the movie’s poster on her Instagram Story also yesterday. 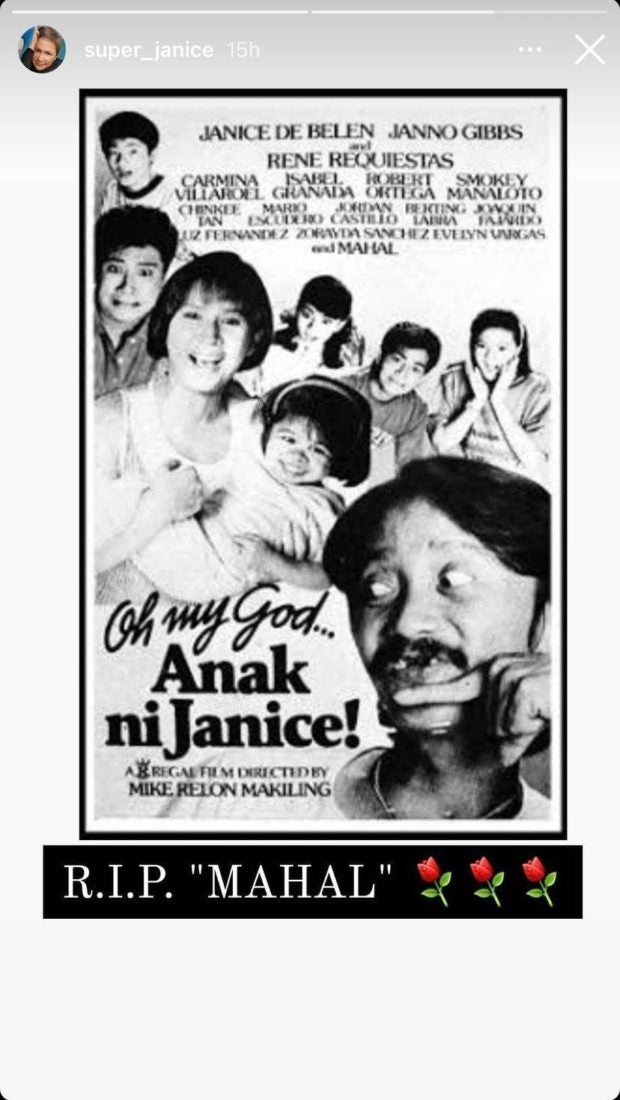 Mahal rose to fame in the 1990s and early 2000s. She was part of ABS-CBN’s former noontime show “Magandang Tanghali Bayan” and played the alien “Kokey” in 1997. Her most recent project was the TV series “Owe My Love,” which ran from February to June this year.

She also became a vlogger with over 500,000 subscribers. One of her most recent videos featured her long-time on-screen partner Mura. The video has garnered more than 1.9 million views, as of this writing. JB