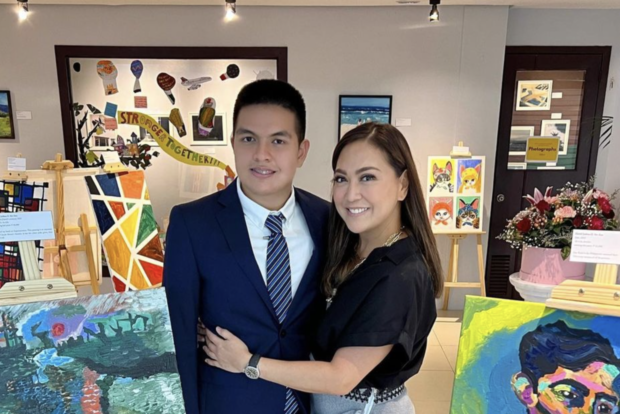 Karen Davila is one proud mom to her son David, who has autism, as she proudly showed his paintings and sculptures for his first art exhibit.

The TV broadcaster gave a glimpse of some artworks in David’s exhibit while showing themselves together via her Instagram page yesterday, May 31. David is taking a special visual arts course at The Vanguard Academy in Makati City.

“PROUD OF YOU DAVID. David and his classmates are closing the year with their first art exhibit – and for a good cause! These are all [David’s] paintings [and] sculptures but his classmates have beautiful works as well!” she said. “For all of you who know David’s journey – you know how powerful a testimony this is of God’s grace [and] goodness!”

Davila also showed David explaining the inspirations behind some of his paintings, via video on her Instagram page, also yesterday.

“BRAVO DAVID. Sharing with all of you some of David’s paintings from his art exhibit as he caps his first year of taking a special Visual Arts course from The Vanguard Academy! It makes me so proud to share David’s journey [and] his accomplishments because I know it will inspire other mothers with gifted [and] special kids to believe, commit [and] invest in developing their child!” she told the public.

Singer Saab Magalona, actress Marjorie Barretto and Davila’s fellow broadcaster Julius Babao were among those who congratulated David for his exhibit.

“Congrats David!” Babao greeted while he and Barretto sent the mom and son some clapping emoji. 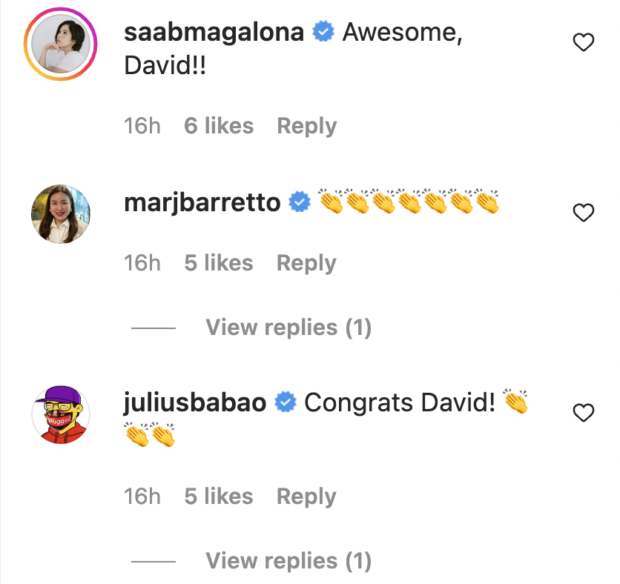 All proceeds from the artworks in David’s exhibit will go to the Missionaries of the Poor. Those interested to see it can visit The Vanguard Academy until Friday.  /ra

Karen Davila’s son with autism votes for first time: ‘What a milestone!’