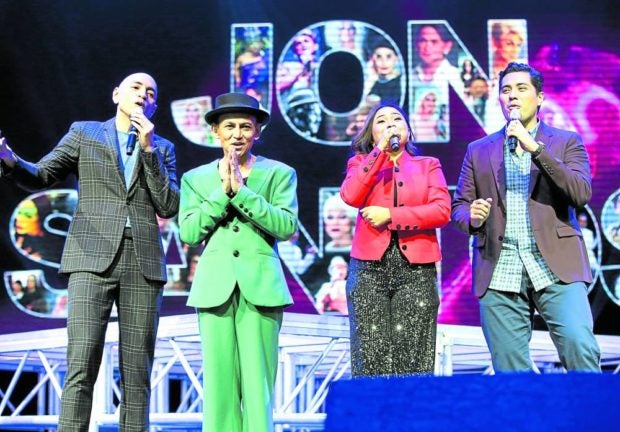 If we go by the saying, “Imitation is the sincerest form of flattery,” then actor-cum-standup comic Jon Santos would probably have “complimented” way too many colorful personalities in his illustrious three-decade career.

His latest in-person outing in two years, “LiveScreaming,” recently held at the Newport Performing Arts Theater, is proof that Jon still has his razor-sharp chops on, harnessing the last two years and the recent elections as rich source material for his “last foray” into live performance.

He was joined by his costars from “Ang Huling El Bimbo,” Gian Magdangal and OJ Mariano, along with “The Voice PH” and “X-Factor UK” alumna Alisah Bonaobra. The vibe would have been livelier if not for the show’s 40-minute delay, which could put a dent in any show.

After the wait, Jon opened his set with one of his notable impersonations, featuring “Star for All Seasons” Vilma Santos. He had the singular task of filling the theater with energy — and he did not disappoint.

Oddly enough, there were still late comers trickling in as Jon was doing his thing, and this instantly became source material for the performer. 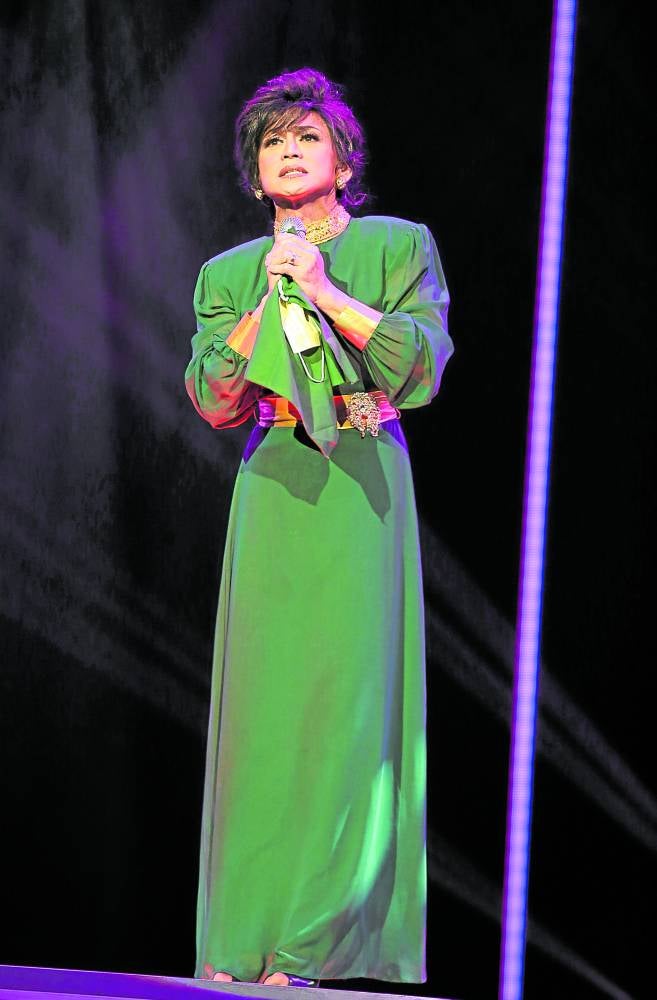 That sketch was followed by a “Zoom meeting” between high-profile political personalities, which saw Jon impersonating the likes of a “notorious” ex-First Lady, four Philippine Presidents, and a former US president who’s known for his hair and infamous tweets. You can imagine the riot that resulted from that conversation! Everything in this bit is very relatable to everyone who doesn’t live under a rock.

The very aspect that sets Jon apart from the rest of the comedic pack is his brand of intelligent comedy. His deftness in writing and performing character sketches transcends the limits of emulation, which Jon imbues with his distinct, innate humor.

What followed next was Jon as himself and, in our book, this was where he truly shone, both as a writer and live performer.

Drawing inspiration from the things that are happening all around him, the latest being the national elections, and devoid of any character to impersonate, Jon got to say his piece as he wore his heart on his sleeve: “We have to let our angry hearts take a break and laugh a little.”Perhaps his highlight sketch for the evening was his intricate examination of the last 26 months that transpired, which he summarized into a “26-letter pandemic alphabet,” complete from Ayuda to Zoom.

“I love words, I study words, when did it become complicated to say the words sibuyas, laylayan or lugaw. Nagkaroon lahat ng ibang meaning, ‘di ‘ba. Resibo! There was a time when 9 and 11 were just simple numbers, then 9/11 happened, and it took a totally different nuance.” 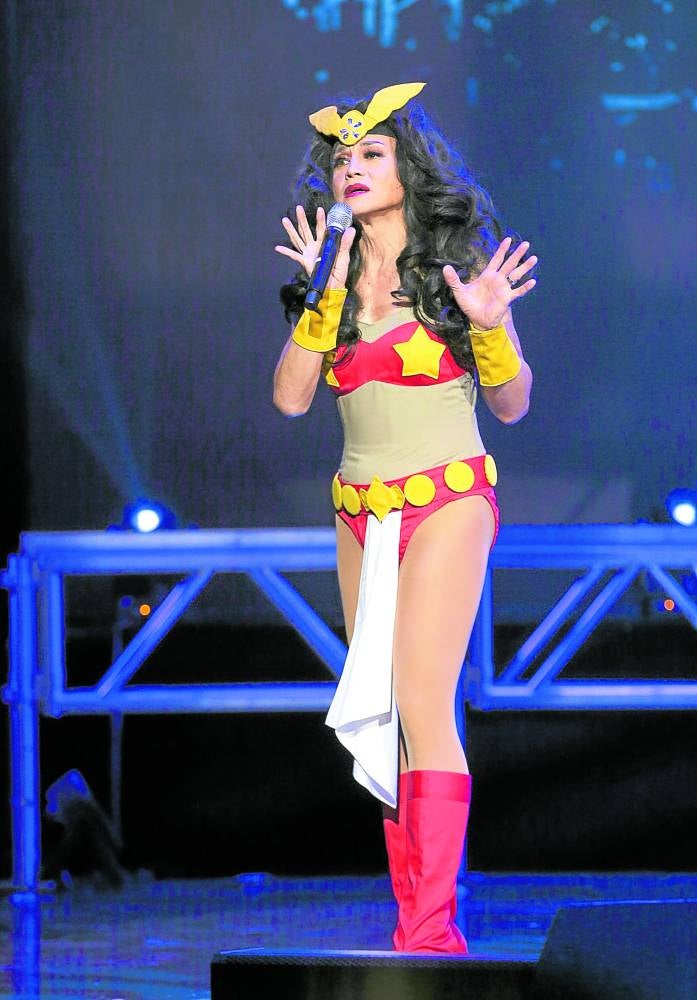 The precision by which Jon navigates the Filipino’s predilection to show biz and politics and transforms it into a performance piece is perhaps attributed to having been honed by astute and socially “woke” standup veterans Willie Nepomuceno and Tessie Tomas, who discovered Jon and recognized what he had to offer.

OJ, Gian, and Alisah provided the refreshing musical numbers in between Jon’s sketches. Alisah’s steely pipes are even more powerful when you watch her perform live.

Towards the end of the show, Jon donned the Darna costume and did his take on Lady Gaga by way of a full-on production number. But no Jon Santos show would be complete without his precious impersonation of Miriam Defensor-Santiago.

As the show drew to a close, Jon purposefully recalled his early beginnings and paid homage to his parents. He also thanked all the characters that he had impersonated, as well as his comic mentors.

Having impersonated almost all the Philippine presidents in recent history, including the incumbent, we were anticipating that Jon would give a sneak peak of his next character, but to our surprise, Jon instead announced that he was bidding the live-stage farewell to focus on something personal.

Though Jon’s exit could pave the way for new comedic talents, they will surely have huge shoes to fill. Along with that is the responsibility to tell the truth and make sure that history is continually preserved by way of comedy and parody.