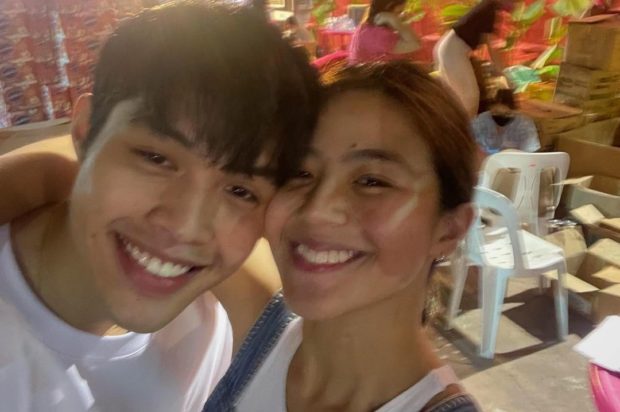 Elijah Canlas has revealed that he and his fellow actor Miles Ocampo have been in a relationship since last year.

After weeks of speculations on the real score between them, Canlas confirmed that he and Ocampo are an item during an interview with comedian-columnist Ogie Diaz, as seen on the latter’s YouTube channel yesterday, May 27. The actor appeared in the interview with his “Gameboys” co-star Kokoy De Santos.

De Santos only laughed while looking at his co-star, while Canlas answered affirmatively. This prompted Diaz to bring up the speculations that Canlas and Ocampo are dating.

“Parang first time ko yata inamin,” he added, laughing. (I think this is the first time I admitted it.)

Canlas said that he and Ocampo did not immediately reveal their relationship since they wanted to keep it private. He also believes that fans will be happy for him.

“It’s my life, it’s our lives. We don’t have to share everything that we do or paano kami nagsimula (how our relationship started) or whatever. I think the fans and our supporters would also appreciate the fact that we’re happy and we’re really in a good place,” he said.

Canlas did not reveal the specific date when his relationship with Ocampo started, though he said they have been together since last year.

Speculations that Canlas and Ocampo are dating started earlier this month, when the couple both released photos from the actress’ birthday celebration. Canlas called the actress his “favorite person,” while Ocampo showed herself and Canlas in a hug.