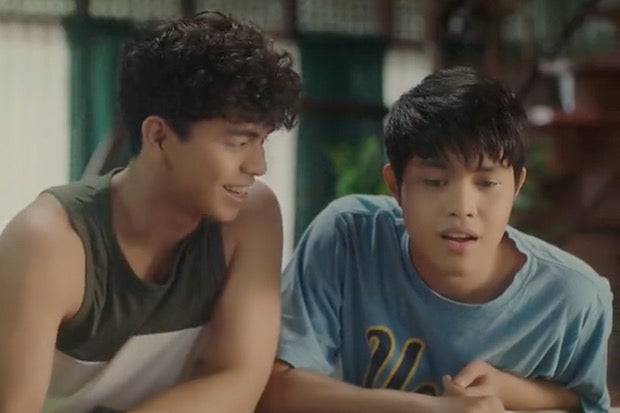 The IdeaFirst Company is treating fans to another sneak peek of Gavreel and Cairo’s young love in “Gameboys” season two, over a week before its much-awaited release on May 22.

“Excited that we’ll finally get to show [season two]! First up is the Philippine premiere with [two] new episodes dropping every Sunday beginning May 22. But international fans, we know you’re waiting so we will roll out very soon after,” he said.

Excited that we’ll finally get to show S2! First up is the Philippine premiere with 2 new episodes dropping every Sunday beginning May 22. But international fans, we know you’re waiting so we will roll out very soon after. More announcements to come!#Gameboys2 | 05.22.22 pic.twitter.com/mqowd0EX3X

The company also showed a snippet from the series where Canlas is being teased by de Santos to try “Gav’s hotdog,” via its Twitter page, also yesterday. Other cast members who were with them in the teaser were Adrianna So (Pearl), Kyle Velino (Terrence) and Miggy Jimenez (Wesley).

“Hotdog ni Gav, ilalabas na next Sunday!” it said. (Gav’s hotdog, to be released next Sunday!)

Ash Malanum, the show’s scriptwriter, reposted the said teaser on his Twitter page, adding that he tried the hotdog recipe before writing the said scene.

The Boys’ Love series, directed by Ivan Andrew Payawal, debuted on IdeaFirst’s YouTube channel in May 2020, and was met with critical acclaim while earning a warm local and international following. It also debuted in Philippine network TV in June 2021, through GMA’s Heart of Asia. Its season two will be up for streaming on Vivamax Plus and KTX.PH. JB