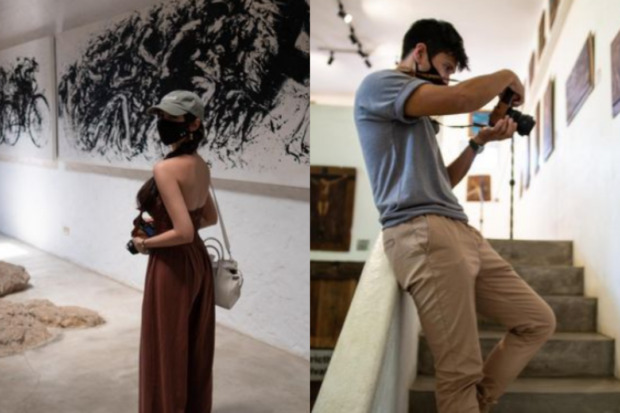 Alodia Gosiengfiao has gone on a cultural trip, again with her rumored boyfriend, visiting a museum in Rizal.

The cosplay star and vlogger showed herself and entrepreneur Christopher Quimbo holding cameras and taking photos of various artworks at the Pinto Art Museum in Rizal, as shown on her Instagram page yesterday, May 23.

“Have you been to the [Pinto Art Museum]?” Gosiengfiao asked fans.

Rumors that Gosiengfiao has found a new special someone circulated online when the cosplay star showed herself with him during her trip to Palawan last month. She and Quimbo were seen making a heart shape with their hands, leading fans to speculate that she was dating the entrepreneur.

Gosiengfiao and Quimbo seem to have been spending more time together lately. Earlier this month, they went on a getaway to the beach in Balesin, along with other companions.

They also attended the world premiere of “Doctor Strange in the Multiverse of Madness” together in Los Angeles earlier this month. Gosiengfiao called the Marvel film’s premiere their “first movie date.”  /ra