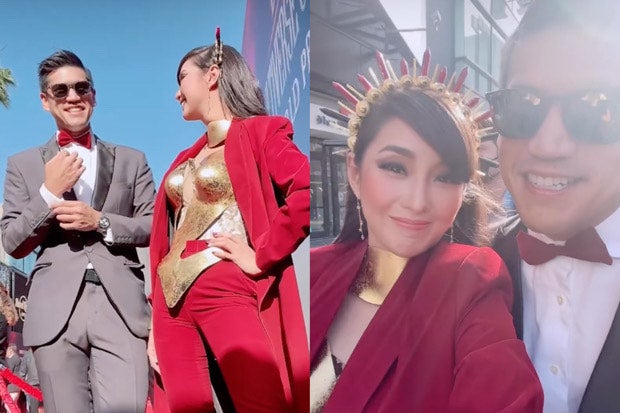 Alodia Gosiengfiao went to the world premiere of the Marvel film “Doctor Strange in the Multiverse of Madness” in Los Angeles, with her rumored boyfriend, entrepreneur Christopher Quimbo, marking their first movie date together.

The cosplayer-vlogger showed the two of them wearing casual clothes inside a room, then transitioning to their formal attires on the movie’s red carpet event, as seen on Gosiengfiao’s Instagram page yesterday, May 3.

“Our first movie date?” she said, punctuating the question with an emoji.

Alodia donned a red Scarlet Witch-inspired outfit and a custom bow while Quimbo wore a gray suit with a red bow tie.

Quimbo, for his part, showed them posing on the red carpet, via his Instagram Stories, also yesterday.

“Life just keeps getting more colorful with this one,” he said. 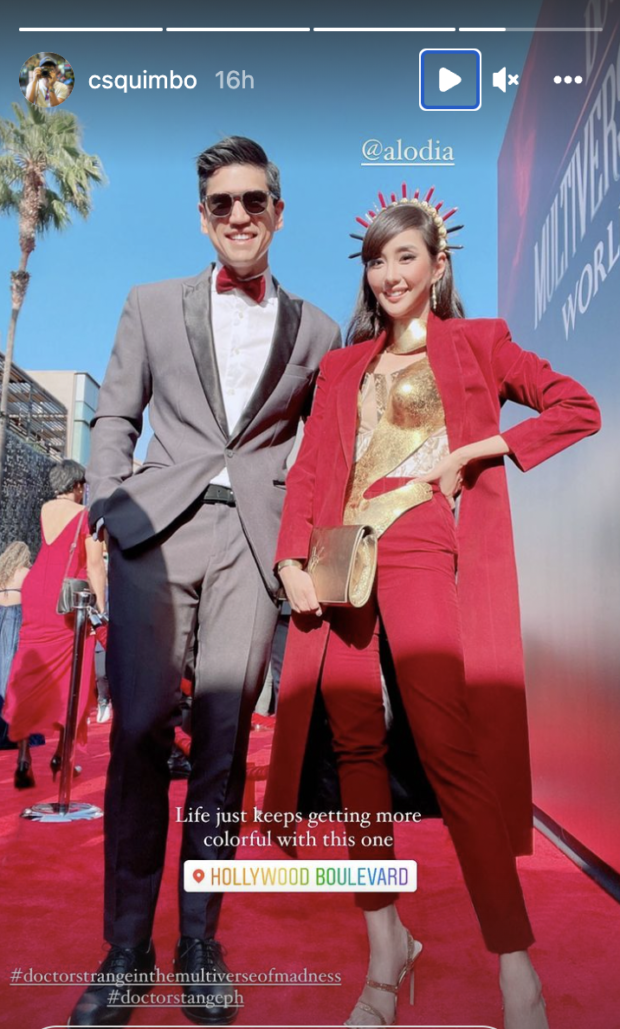 Gosiengfiao and Quimbo were earlier spotted together when the cosplayer gave a glimpse of their Palawan trip, leading fans to speculate that he is her new special someone. The two also recently bonded by playing Jaymes Young’s “Infinity” on the piano. JB