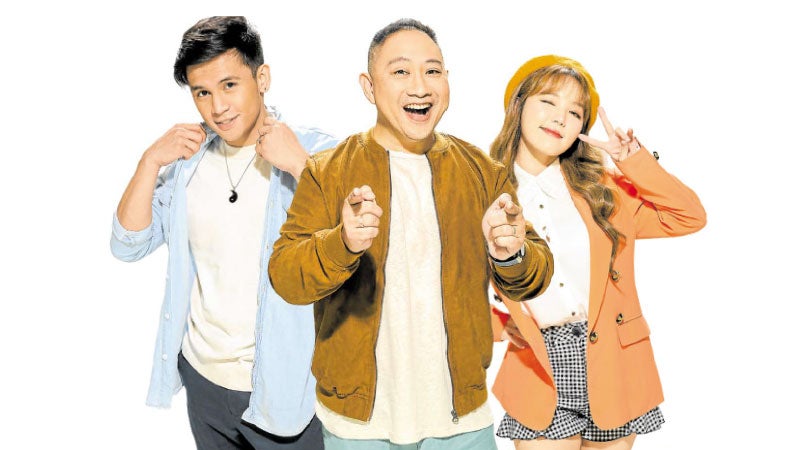 People come and go. That’s how it has always been in show biz. Still, that doesn’t make parting ways with longtime costars any less painful.

Meanwhile, four new faces—Tuesday Vargas, Kim de Leon, Dasuri Choi and Faith da Silva—will make their debut in time for the show’s relaunch on May 27.But this isn’t goodbye. Michael V, who clarified that the casting changes was an executive decision, said the departing members are always welcome for future guest appearances and collaborations.

“I felt the need to explain to them, somehow, why a decision like that had to be made. So they don’t feel too bad. I hoped to assure them that it isn’t the end and could just be the beginning for them. ‘Bubble Gang’ is always open and in need of different talents,” he said. “And I’m pretty sure that they will find their way back.”

Though the remaining cast members will surely miss their rambunctious Monday taping sessions, the friendships they have made, they said, will endure.

“We tape Mondays. But our friendship doesn’t end after. We talk to each other, we message each other. We don’t really talk about what happened. That’s part of the biz. We don’t have to dwell on that,” Paolo said. “We just talked about how we can work together again. And television isn’t the only place where we can work now. There’s social media; we have our own channels.”

“The friendship will never go away. We just accepted what happened. We focus on what we can do next,” Sef said. “And there were no hard feelings. We in ‘Bubble Gang’ are family. And we will do or accept whatever’s needed to improve the show.” 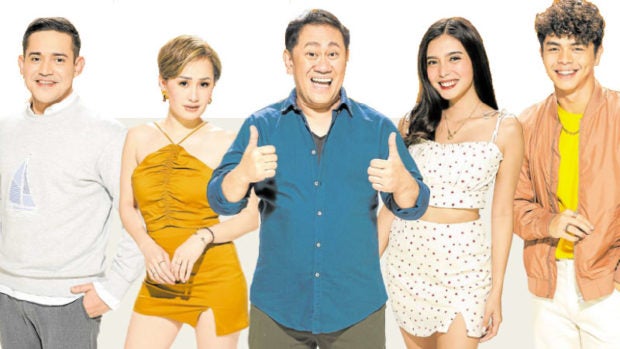 Chariz couldn’t help but feel nervous about the changes in the show, especially since she chose to prioritize raising her child amid the pandemic. “I had no idea there would be a relaunch. I thought I was simply returning to taping,” she said. “I was nervous that I wouldn’t be able to return again, because I really love the show. This is where I grew up. I have been here since I was 17. I’m thankful because the bosses know how much I love the work and the show.”

“The show has gone through a lot these past few years—the pandemic, the death of our director Bert de Leon. We’re still healing. But we will continue to process this and stick to our goal of making people happy.”

Asked by the Inquirer what he thought would be the advantage of having a smaller cast, Michael V said: There will be more focus on the actors. There will be more—not necessarily pressure—but motivation to improve their craft and output. It will be good exercises and training rounds to improve not only their comedy, but also their acting in general.”

In revamping the show, Michael V said the production also plans to facilitate better integration of content between television and social media. “I wouldn’t call the changes drastic, but they’re inevitable. We can’t settle with being only a television show. And we want to stay relevant, so I think the platforms we appear on should be relevant, too,” he said.

“We’re not just trying to penetrate television, but social media, too,” he added. “And conversely, those who are in social media can be brought to television.”

Frasco Mortiz, who replaced Direk Bert last year, can breathe a sigh of relief now that there are less pandemic-related restrictions or protocols. “Ideally, we tape one episode per day. But because of the restrictions, we had to shoot three. You end up having to cram everything, which has an effect on the quality of the output,” he said.

“Now we can breathe. We can now take our time, give attention and focus on the new segments. We have more time to study the material before our takes,” he added. “Hindi na laging nagmamadali.”

Viewers can expect new segments in the coming weeks: “Maritess United” is about a bunch of gossipmongers who band together; “Patibong” is a satirical public service show that helps complainants catch suspects through entrapment operations; “Bes Friends” is about two girl pals and their hilarious, cringey and heartwarming bonding sessions; and “Istambay” is a segment that spoofs friendly bystanders at neighborhood sari-sari stores.

For the new gang members, being part of the country’s longest-running gag show is an honor.

“‘Bubble Gang’ is a legacy show, so it’s an honor to be invited. I’m always full of energy and I can’t contain it in my body, so I have to share it with others,” Tuesday said. “Without commitment, there will be no growth. And I want to continue learning from my fellow actors, directors, and production people. I have utmost respect for people behind the scenes, because it’s difficult to mount a comedy show like this.”

“This is a new challenge for me,” said Philippine-based Korean dancer and TikTok star Dasuri.

Kim, winner of “StarStruck” Season 7 said being part of “Bubble Gang” will surely be a “core memory.” “I’m a fan of its comedic genius. This is one of my biggest achievements in my career so far. I’m very thankful,” he said. INQ