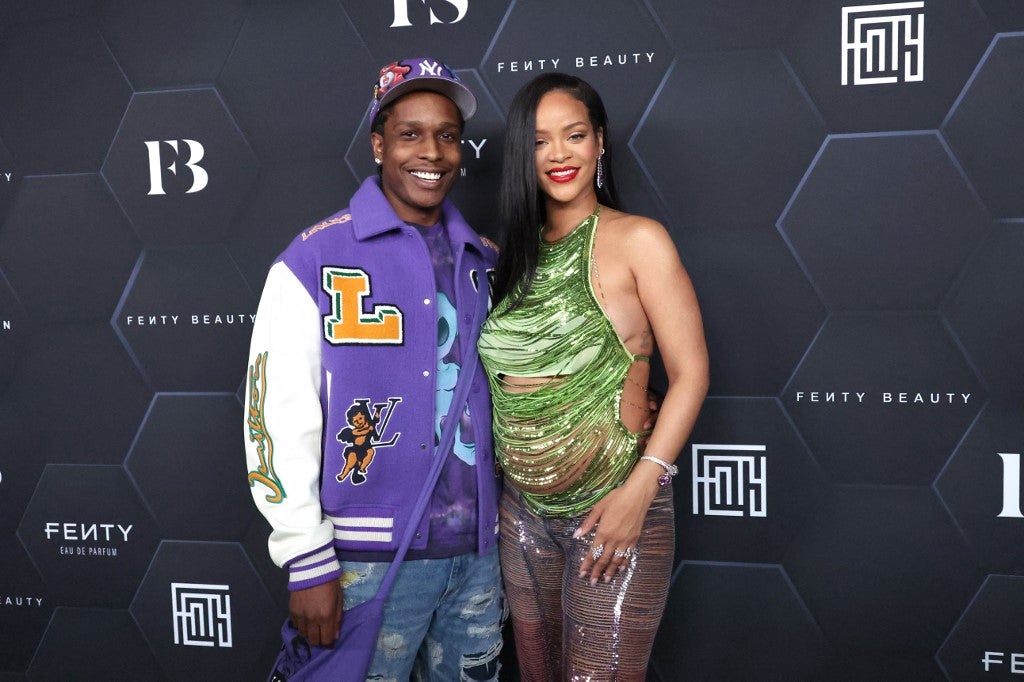 Rihanna and A$AP Rocky pose for a picture as they celebrate her beauty brands Fenty Beauty and Fenty Skin on Feb. 11, 2022 in Los Angeles, California. Image: Getty Images/Mike Coppola via AFP

The entertainment and fashion mogul behind the hits “Diamonds” and “Umbrella” gave birth on May 13 in Los Angeles, according to the tabloid. Representatives for the couple did not immediately respond to an AFP request for confirmation.

No other details, including the child’s name, have been made public.

Rihanna, 34, and A$AP Rocky, 33, announced they were expecting in January with a set of glamorous snow-dusted images taken in Harlem, the mother-to-be sporting a long pink jacket buttoned only at the top, paired with a long bejeweled necklace over her bare belly.

Since then Rihanna has triggered a paparazzi frenzy, appearing in barely-there maternity looks that showcased her growing baby bump.

The Barbadian-born Robyn Rihanna Fenty in recent years has become a billionaire, parlaying her music achievements into successful makeup, lingerie and high-fashion brands.

Rumors that she and A$AP Rocky were dating swirled for years before the pair confirmed last year that their romance was official.

Last month A$AP Rocky, born Rakim Mayers, was arrested for assault with a deadly weapon in relation to a non-fatal shooting in Hollywood last November.

Since then he’s been out on bond.

READ: Rihanna reveals it took a while for A$AP Rocky to break free from friend zone