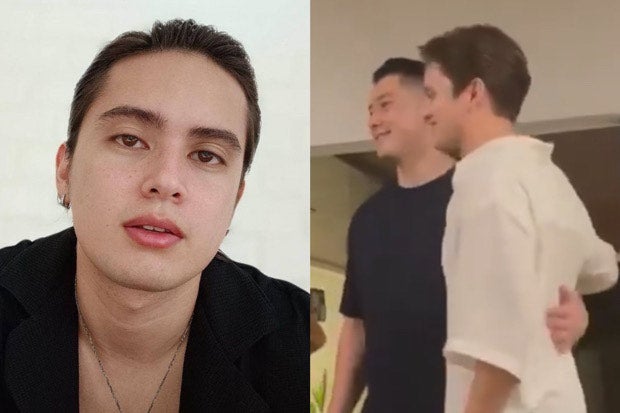 James Reid appears to be poking fun at the speculations on his rumored new relationship with a guy, who he was seen kissing on the cheek during his birthday celebration.

The actor-musician commented on a now-deleted TikTok video of him and a man named James Thomas, as seen on a screenshot posted by Reid’s official fan club REIDers, on its Facebook page last Friday, May 13. The original video came from a birthday greeting posted by the actor’s friend, one Ashley So Chan. It was re-uploaded on TikTok by a now-deactivated user, who added the words “James Rumored BF” on it.

The fan club then clarified that Thomas is Reid’s business partner and not his boyfriend, as per its Facebook page, also last Friday. It added that the two own multiple businesses together with one Jeffrey Oh.

“We’re so amused that you’re happy for James’ ‘new relationship.’ Sadly no, this is James Reid and James Thomas birthday celebrations at Careless Complex. James Thomas is James’ business partner,” it stated. “James Thomas’ girlfriend was present during the party too, so don’t get too excited for James Reid yet.”

Meanwhile, Reid recently gave a glimpse of his life in Los Angeles where his label Transparent Arts is based. He left the Philippines last February to attend to his commitments regarding music. JB