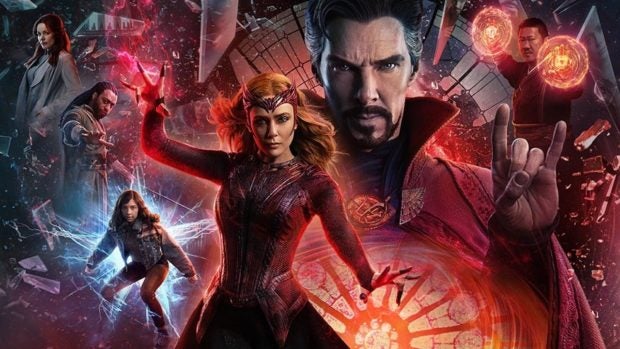 “Doctor Strange in the Multiverse of Madness” delivers in all aspects of what qualifies to make a movie great. From the plot, sub-plots, arcs, scenes, onscreen characters and many others. It was a fully loaded movie experience that truly defines the entertainment value of Marvel to meet fan expectations and even surpass them in this case. This for me was comparable to almost watching “Fantasia” as a child, and this is the very first time in my adult life that I remember, recall and reference that classic from Walt Disney in my articles because there were many scenes that captured my imagination. Watching them made everything go silent around me as I was immersed in it, absorbing every nuance, every magical spell, every mind-bending imagery.

All of these visuals were as realistic as they come because “Doctor Strange in the Multiverse of Madness” pushes as far as CGI can go. If any moviegoer, and not necessarily a Marvel fan, wants to see the advancements of CGI in cinema, you must not fail to watch this.

Now, when it comes to the directorial style of Sam Raimi against the backdrop of those he was responsible for like the “Evil Dead” movies, “Darkman,” “Army Of Darkness,” and the “Spider-Man” movies, it was such a relief, and rightfully so only, that he was the one who was chosen to finally direct the sequel to the first Doctor Strange movie which is this one, ‘Doctor Strange in the Multiverse of Madness’. Clearly, it was a difficult time for the studio to find a director who would give the sequel the treatment it fully deserves. Director Sam Raimi did not disappoint. Let us not forget that ‘Doctor Strange in the Multiverse of Madness’ was already in pre-production before the pandemic started, so this has been a long time coming.

There is no question that when it comes to the MCU there is a movie for everyone, and for me, this was catering also to Horror fans and specifically to the longtime fans of Sam Raimi. Because while watching this movie you will see a lot of the hallmarks, quips and signature elements that Sam Raimi brings into every single movie he handles and is in charge of. It is no different here because “Doctor Strange in the Multiverse of Madness” felt so natural despite it being a hard transition in tone, feel, vibe, atmosphere and most of all, its genre, as compared to the first Doctor Strange movie, because I can categorically say that this said movie is in the realm of horror.

I was elated that finally, they have the most popular, recognized, and celebrated member of the Inhumans, Black Bolt, in his proper comic book-based costume, and he does not look like he is modeling for some fashion magazine like what had happened with the series that flopped because it was not a faithful representation of the Inhumans, and the fans knew that fact and revolted because of it. So, this is redemption for the MCU and most of all, for Black Bolt, that despite getting killed here by Scarlet Witch, all of us moviegoers at least got to see finally the Black Bolt we have seen and read in the Marvel Comic books and in the various cartoons over the decades on the big screen. And for me, that is what matters.

Always remember that as close you are to comic book origins, representational and most of all, their overall appearance, those three facts alone will get more people to become fans of the MCU. High time that the filmmakers respected and recognized the source material where all these beloved characters originally came from. The lesson to be learned for them is that people watch the MCU because they hope, dream, and most of all, want to see these Marvel Comic Book characters come alive as originally conceived by their comic book creators, writers, and artists.

Mr. Fantastic of The Fantastic Four turned into spaghetti noodles, or rather shredded into long strands of himself, literally by the evil Scarlet Witch in that confrontation moment in one of this movie’s classic scenes. Never would I have ever imagined that someone of the caliber of Mr. Fantastic would be eliminated in less than a minute. Well, that’s how powerful is the evil incarnation of the Scarlet Witch. Of course, I hope you all know that this was an alternate version of Mr. Fantastic. So naturally, the original version is alive somewhere in the MCU.

Death count. The death count in this movie is probably one of the highest when it comes to direct kills committed by a super villain, and most gruesome in its nature also. For me, that was surprising given that this movie has a PG-13 rating and it is well deserved because there are some genuine scares, jump scares and slightly disturbing moments here that would demand that rating because if there is one thing that the MCU does correctly among many things is that it will always earn a rating that it deserves.

Did anyone notice that for a few seconds the theme of the animated series of the X-Men from the very early 1990s was played when Professor X made his entrance in that classic moment in the movie when all the members of the Illuminati were introducing themselves to the incarcerated Doctor Strange in their own universe? That certainly was a classic moment that will be viewed over and over and over again because it was that special and worth the long wait for it to happen. By the way, on a larger grand scale of things that are happening now in the MCU, the introduction of Charles Xavier, a.k.a. Professor X signifies the mutants, the X-Men have arrived in the MCU already, and this is where it begins.

This is one of those rare cases wherein there are so many things that are worthy to touch on, discuss and highlight, but the ones I have enumerated here I feel will benefit greatly the reader in helping him decide whether he should watch this movie or not, or even watch it again. In my opinion, “Doctor Strange in the Multiverse of Madness” is worth repeated viewings at least two or three times in order to truly appreciate everything it offers to moviegoers. That is where the proof lies when you have the right combination of actors, director, writer, and most of all, when the correct studio is in charge of it, and actually know what they are doing and what the fans want to see. Then what you have is a classic movie that goes beyond the confines of the MCU.

Interestingly, the word Multiverse as part of the subtitle to the Doctor Strange sequel, “Doctor Strange in the Multiverse of Madness” is rather befitting. Why so? I have a strong feeling that down the line, perhaps years from now, this movie will be one of those movies from the MCU that will stand the test of time.