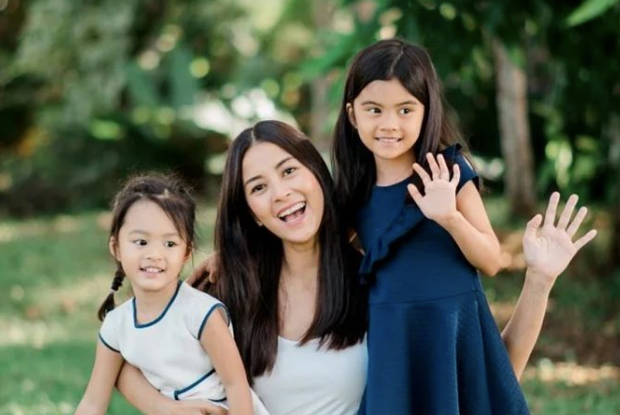 Bianca Gonzalez expressed her worries as a parent in a “changing world” as she lamented the spread of disinformation in the Philippines.

The TV host and celebrity mom talked about this while showing her kids in bed, via her Instagram page yesterday, May 11.

“Ang hirap maging magulang. Ito pala pakiramdam ng magulang natin nung tayo ang pinapalaki nila sa nagbabagong mundo,” she said. (Being a parent is hard. So this is what our parents felt when they were raising us in a changing world.)

(As I look at our kids, I worry about the world of technology and disinformation that they will grow up in. How will we teach them what is right and wrong? To stand by their principles even when sometimes it is the hard thing to do, to learn how to listen, respect and be open to various beliefs but not let go of the fact that what is right is right and what is wrong is wrong?)

Gonzalez discussed her concerns about teaching accountability and calling out what is wrong. She also stressed that the public cannot focus only on the “good” events, since negative things can still happen in the world.

“Paano namin matuturuan ang mga anak namin na magkaroon ng pananagutan sa kanilang pagkakamali? Na matutong makinig sa kritisismo at komento,” she told fans, adding that she is worried kids will think criticism means they are not loved. (How do we teach our kids to be accountable for their mistakes? To learn how to listen to criticism and comment.)

Lastly, Gonzalez asked how she could teach her kids to look after the welfare of others despite living a comfortable life.

“[Dahil] sila ay kumportable, mas lalong malaki ang responsibilidad nila na maging mulat sa pinagdadaanan ng ibang tao,” she stated. (Because they live comfortably, they have a bigger responsibility to be aware of what others are going through.)

While she is yet to have answers to her questions, seeing her kids motivates Gonzalez to raise them to be hopeful and socially aware. She also pointed out that they are the reason she hopes for a better future.

Gonzalez recently urged the public to fight disinformation, calling it the “biggest threat”to Philippine democracy. According to her, it is important to combat it for the next generations.  /ra