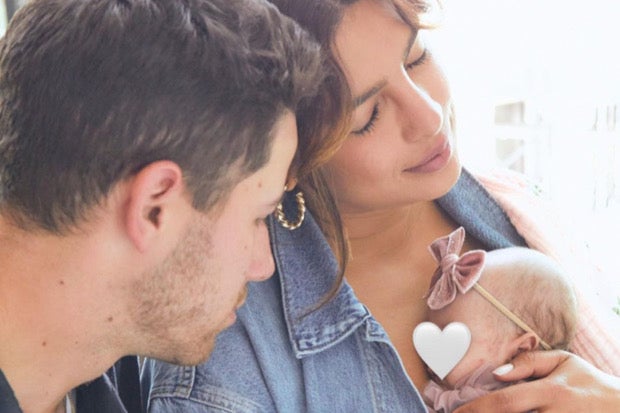 Nick Jonas and Priyanka Chopra introduced their daughter to the public after she came home from over three months of stay in the neonatal intensive care unit (NICU).

The couple gave a glimpse of their daughter while talking about her journey in the NICU, as seen on their Instagram pages yesterday, May 9. Although the baby’s face was covered with a heart emoji, the Indian actress can be seen cradling her daughter on her chest, and Jonas holding the child’s hand and looking at her.

“On this Mother’s Day we can’t help but reflect on these last few months and the rollercoaster we’ve been on, which we now know, so many people have also experienced,” they said. “After 100 plus days in the NICU, our little girl is finally home.”

Chopra and Jonas spoke about their family’s journey and expressed their gratitude to their child’s medical staff who “selflessly” took care of her in the hospital.

“Every family’s journey is unique and requires a certain level of faith, and while ours was a challenging few months, what becomes abundantly clear, in retrospect, is how precious and perfect every moment is,” they stated. “Our next chapter begins now, and our baby is truly a badass.”

Chopra then thanked her husband for making her a mother and told him, “There is no one I’d rather do this with than you.” The American singer, for his part, called Chopra an “incredible mother” on her first Mother’s Day.

“Babe, you inspire me [in] every way, and you are taking to this new role with such ease and steadiness. I am so grateful to be on this journey with you,” Jonas said.

Chopra and Jonas tied the knot in a Hindu ceremony and Christian nuptials in 2018. In January, the couple announced that they welcomed their first child together through a surrogate. JB