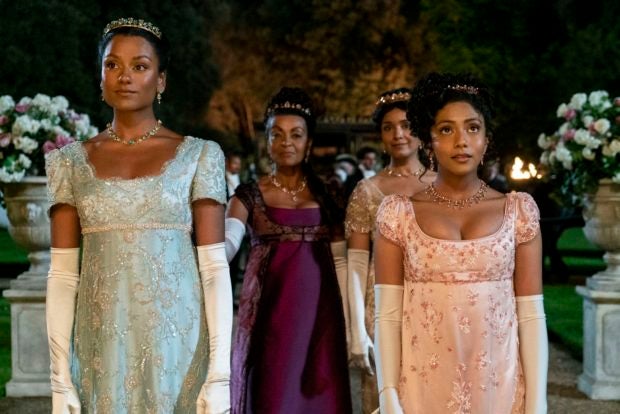 Charithra Chandran (R) plays Edwina Sharma, “the diamond of the season” in “Bridgerton,” season 2. Image: courtesy of Liam Daniel/Netflix via ETX Daily Up

Taking care of your mental health has become fashionable on social media. On the occasion of May being mental health awareness month in the United States, Pinterest has unveiled an original series featuring Charithra Chandran, one of the stars of the second season of “Bridgerton.” Mark your calendar!

Head over to Pinterest on Monday, May 9 to check out “Mind Your Wellness with Charithra Chandran,” brought to you by the actress who plays Edwina Sharma on the hit Netflix series “Bridgerton.” This original non-fiction Pinterest content will take the form of a five-part series.

According to the visual social media service, British actress Charithra Chandran will share her best practices for cultivating emotional well-being through cooking, therapy, physical exercise as well as reading and the principle of gratitude. A five-part series that will focus specifically on mental health in the South Asian community. Pinterest has not yet clarified if the series will dedicate one episode per day on any of the five themes.

A ‘Black-ish’ star also on board

In addition to Charithra Chandran, the community platform has also recruited another small screen celebrity, namely Marsai Martin, one of the stars of ABC series “Black-ish.” The young actress will share her wellness journey by trying new practices and speaking with experts on Pinterest TV.

“It’s been empowering for me to speak up about my challenges with mental health. That’s why I’m teaming up with Pinterest for Mental Health Awareness Month to encourage people to check in with themselves and discover new ways to take care of their mental health,” she said in a statement.

“I love that Pinterest is focusing on mental and emotional well-being, and that’s why it’s the perfect place to engage with my community and share a few ideas that have inspired me!” she added.

According to Pinterest, searches for quotes related to issues of “struggling mentally” have increased nine times more since the pandemic through 2021. Searches about feeling stressed, meanwhile, increased eightfold. On the other hand, users turned to searches for yoga techniques to combat stress, something which increased by more than 74%. JB