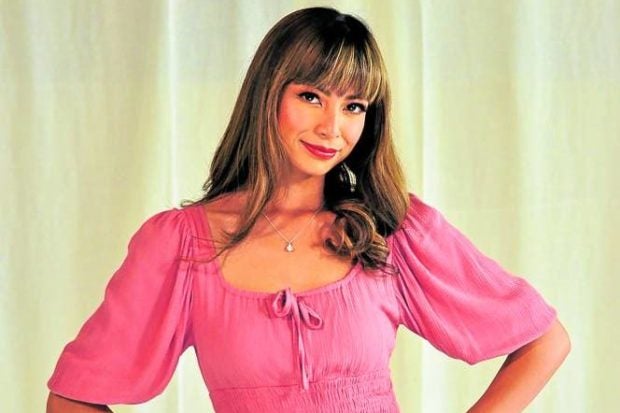 Newlywed actress Glaiza de Castro is in no rush to start a family with her husband, saying that pregnancy is something she will have to prepare for “mentally, physically and spiritually.”

“People around me tell me that getting pregnant is like preparing for a marathon. For instance, my mom said she went on labor for two days. Just being on my period already makes me feel all restless. What more, getting pregnant!” she said in a recent video conference for the upcoming GMA 7 primetime series “False Positive.”

“It comes with big responsibilities,” she added. “We will get there when the time is right. And I will prepare for that.”

Besides, Glaiza, who married Irish businessman David Rainey last October, said they want to enjoy each other’s company first. “We would like to spend time together and travel the world,” the Kapuso star said.

But should she reach that point in her life, Glaiza joked that she would like to have twins—“para isang hirap na lang!” “It would be nice if I could have a boy and a girl,” she said, laughing. “David has a twin sister. We also have twins in our family. So it runs on both sides. Who knows.”

Happy to have a partner

The idea of having a partner to plan the future with is exciting, Glaiza said. “I’m happy knowing that there’s someone who will support me and keep me company, that someone will be there to help me with making decisions; that there will be someone to comfort me when I’m feeling sad.”

“It’s like being with my best friend every day,” added the 34-year-old actress.

Directed by Irene Villamor, “False Positive”—which starts airing on May 2—is a romantic comedy series with a hint of fantasy. Glaiza and her leading man, Xian Lim, play a bickering, newlywed couple. Edward (Xian) thinks that a father’s role is that of a provider, and that his wife, Yannie (Glaiza), should become a stay-at-home mom after giving birth.

Exasperated with Edward’s inability to empathize with her pregnancy hardships, Yannie wishes—amid a squabble in front of a magical Adam and Eve sculpture—that Edward carries their baby instead. Later on, Edward finds himself in the doctor’s office, where a heartbeat is detected from his tummy.

The show tackles such topics as gender roles and equality, as well as the importance of respect between the husband and wife.

Asked by the Inquirer if she and her husband subscribe to traditional gender roles in a marriage, Glaiza said it would be “boring” to be boxed in specific categories.

“It feels good being a woman and being able to provide for your own family. And it’s also admirable to see men who are able to do things that are traditionally done by women. We shouldn’t compare each other’s hardships; we have to face them together,” she said.

Glaiza also feels incredibly lucky to have an understanding husband, who doesn’t force her to give up a significant aspect of her life. “He knew me and what I do for work. That’s something he has accepted,” she said. “Sometimes, people think that getting married means having to give up something. Yes, there will be compromises down the line. But we shouldn’t dictate what each other should and can’t do.”

Doing “False Positive” with Xian brought out their “inner kulit,” because of the story’s lighthearted treatment. And while she was initially intimidated by Xian, that quickly went away because it was the actor who reached out to her first.

“Everyone’s just happy on the set. Masarap lang tumawa,” Glaiza said, adding that being newlywed herself added a depth to her portrayal of the character. “I felt emotional when I said, ‘In sickness and in health,’ because the words now hold weight—that no matter what happens, we will choose each other and face challenges together.”

“I now have something to draw inspiration from. The feeling of being so in love that you will do everything for that person was something I didn’t fully understand back then. Now I do,” she said. INQ